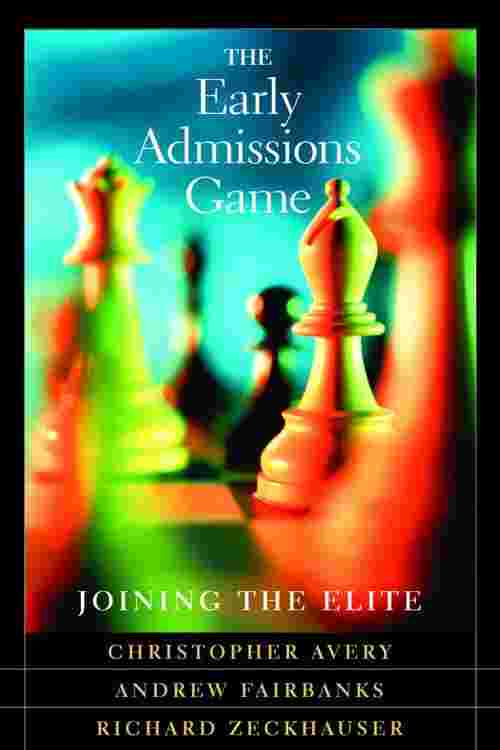 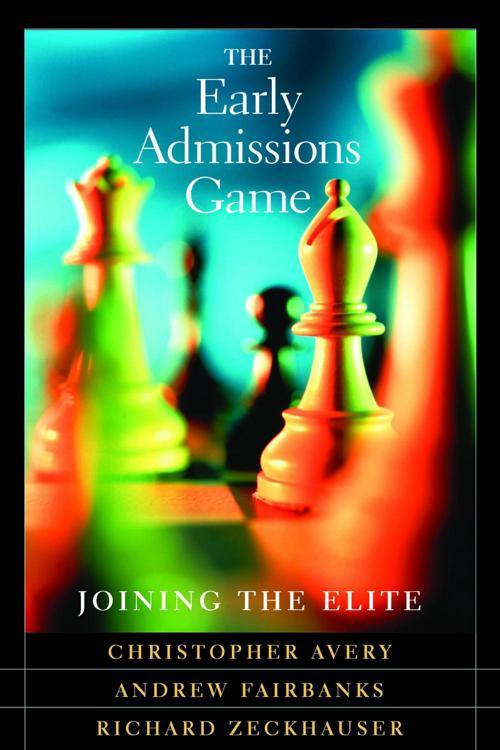 Each year, hundreds of thousands of high school seniors compete in a game they'll play only once, whose rules they do not fully understand, yet whose consequences are enormous. The game is college admissions, and applying early to an elite school is one way to win. But the early admissions process is enigmatic and flawed. It can easily lead students toward hasty or misinformed decisions.

This book--based on the careful examination of more than 500,000 college applications to fourteen elite colleges, and hundreds of interviews with students, counselors, and admissions officers--provides an extraordinarily thorough analysis of early admissions. In clear language it details the advantages and pitfalls of applying early as it provides a map for students and parents to navigate the process. Unlike college admissions guides, The Early Admissions Game reveals the realities of early applications, how they work and what effects they have. The authors frankly assess early applications. Applying early is not for everyone, but it will improve--sometimes double, even triple--the chances of being admitted to a prestigious college.

An early decision program can greatly enhance a college's reputation by skewing statistics, such as selectivity, average SAT scores, or percentage of admitted applicants who matriculate. But these gains come at the expense of distorting applicants' decisions and providing disparate treatment of students who apply early and regular admissions. The system, in short, is unfair, and the authors make recommendations for improvement.

The Early Admissions Game is sure to be the definitive work on the subject. It is must reading for admissions officers, guidance counselors, and high school seniors and their parents.Table of Contents:

Conclusion: The Essence of the Game and Some Possible Reforms

Reviews of this book:
Applying to an elite college through an early-admissions program can improve students' chances of getting in by as much as 50 percent over their odds during the regular admissions cycle, a difference that is the equivalent of scoring 100 points higher on the SAT...Based on an analysis of admission data at top colleges, as well as interviews with over 400 college freshmen [ The Early Admissions Game ] challenges the official line of college admissions deans, who have long held that applying early does not give prospective students an advantage over regular applicants. But the research confirms what many high-school counselors already suspected, and it is likely to fuel debate over whether early-admissions programs favor wealthy and well-connected students and should be eliminated or reformed.
--Jeffrey R. Young, Chronicle of Higher EducationReviews of this book:
[This] important contribution to the college-admissions process should reduce the general anxiety that pervades today's transition to college and, in particular, help level the playing field for students who lack access to adequate college counseling. The book may also prompt needed reform of contemporary admissions practices...The authors' goal...deserves acclaim for helping inner-city and rural students and those in other understaffed districts to pursue admission on a much more even footing...There is a wealth of information in this well-organized, clearly-written book which will enable students to make better college choices.
--William R. Fitzsimmons, Harvard MagazineReviews of this book:
Readers seeking solid information about elite colleges will find The Early Admissions Game refreshingly frank. Other readers concerned about restoring some equity to the process will also appreciate the book's generosity of spirit and suggestions for reform. The authors present a devastating portrait of elite college admissions--and early admissions in particular--as an elaborate and complicated "game"...[where the winners] tend to be privileged students who have access to highly skilled counselors with information pipelines to elite college admissions offices.
--Peter Sacks, The NationReviews of this book:
Avery and his colleagues describe college admissions as a casino on Mars: you have to guess the rules of the game you are playing, and the rules can change while you are playing it...[Their chief finding] is that applying early significantly increases the chances of acceptance...Colleges argue that the early-admissions pool is stronger than the regular pool...[but the authors] dispute that claim... The Early Admissions Game is intended as an exposé, for high-school students and their parents, of the realities of college admissions, but it is also a protest against the practice of early admissions. The authors believe that these programs benefit privileged students...[and] cheat disadvantaged students.
--Louis Menand, The New YorkerResearching and applying to colleges is a demanding, confusing, and stressful time for both students and parents. This book provides context and guidance to admissions professionals, to college counselors, and to families as they confront today's highly competitive, and often controversial, college admissions scene. It offers an insightful and authoritative explanation of the strategic choices that await those seeking to enroll at the nation's leading colleges and universities. It can help a student decide whether, when and why to apply early. Most important, it can give applicants the confidence to focus less on the "game" and more on the truly critical factors in choosing a college: the level of intellectual challenge and vitality in the curriculum, the strength and accessibility of the faculty, and the student's individual sense of fit with a particular campus environment and culture.
--Nancy Vickers, President, Bryn Mawr College The Early Admissions Game explains clearly and comprehensively the many forces that have made early applications a prominent - and much misunderstood - feature in the high-pressure arena of college admissions. The authors clear away the hype and speculation, then offer refreshingly sane, sensible guidance that will greatly help students make intelligent decisions about their college applications.
--William D. Wharton, Headmaster, Commonwealth School, BostonAvery, Fairbanks, and Zeckhauser offer clear and compelling evidence that the college admissions process needs repair. Their findings have already inspired steps toward reform.
--Richard Levin, President, Yale UniversityThis is an exceptionally interesting and intelligent book-one with real 'news' to report. The authors present their important findings with great clarity. I expect that this volume will have a significant and favorable impact on policy discussion of early admission programs at elite colleges.
--Michael McPherson, President, Macalester CollegeAnyone involved in the college admissions process -- students and parents, counselors and admissions officers, top officials at high schools and at colleges -- should read this important book. It will help them achieve their objectives. The authors also present a number of suggestions for reforms in the admissions system that are worthy of debate across American higher education.
--Lawrence H. Summers, President, Harvard University