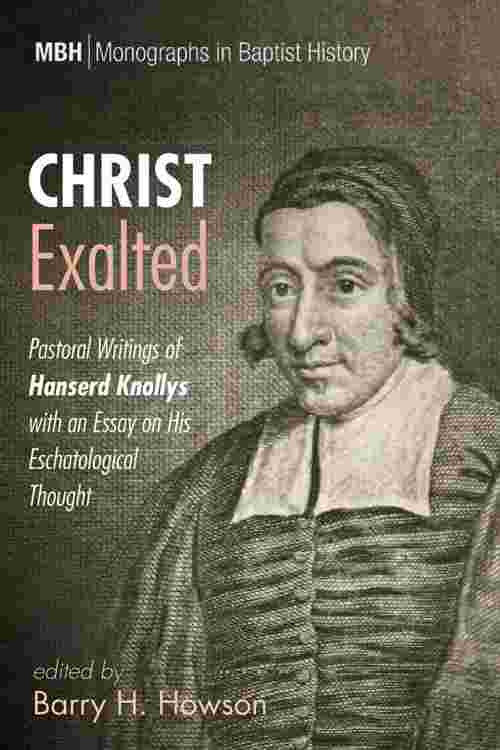 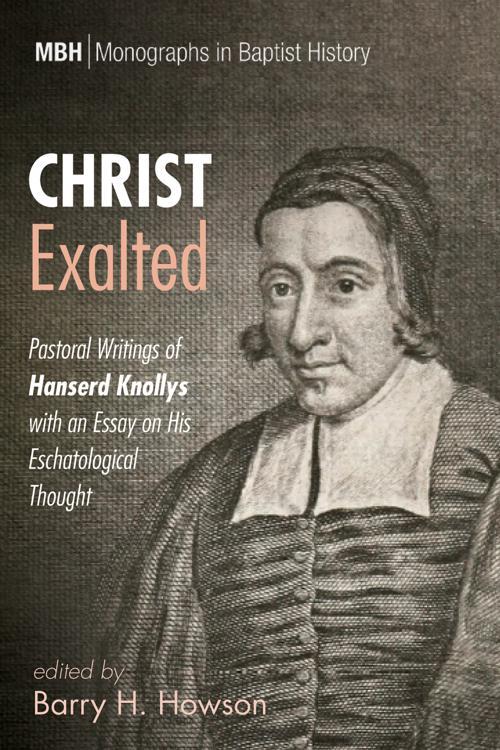 Hanserd Knollys was an important and leading figure of the early Calvinistic Baptist movement in Great Britain in the seventeenth century. His spiritual and pastoral journey began with the Church of England, followed by a brief time in Congregationalism, and finally landing with the Particular Baptists. Knollys was an educated Baptist clergyman, having graduated from Cambridge University, who published over twenty-five works in his lifetime. Zealous for the Lord, previously published by Barry Howson and Dennis Bustin, allows the reader to get a glimpse of the man and his thought. This book, Christ Exalted, allows the reader to penetrate deeper into his thought by reading some of his more pastoral works. In addition, Knollys was taken up with the signs of the times and eschatology. Consequently, the final chapter of this book includes a chapter on his eschatological thought taken from six of his works that address this subject.