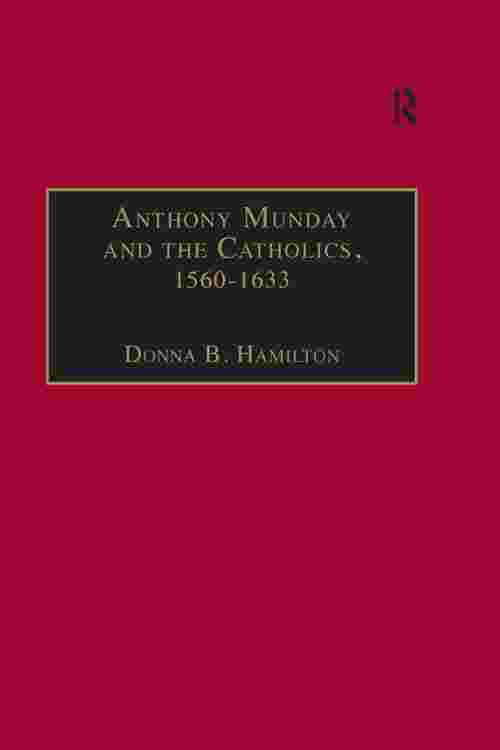 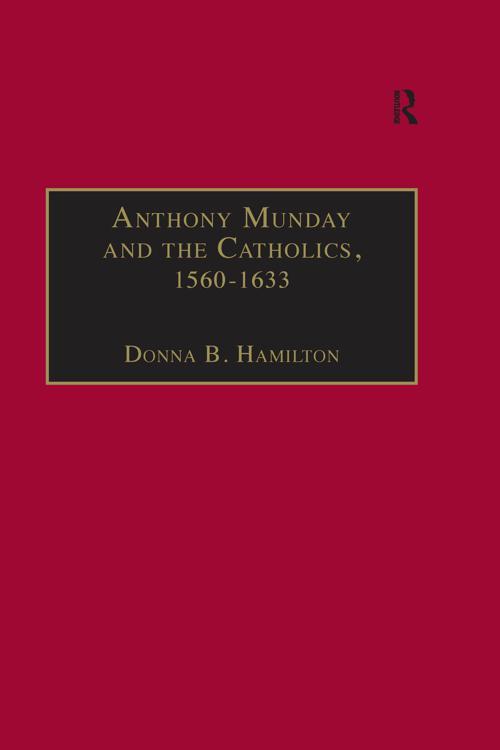 In this new study, Donna B. Hamilton offers a major revisionist reading of the works of Anthony Munday, one of the most prolific authors of his time, who wrote and translated in many genres, including polemical religious and political tracts, poetry, chivalric romances, history of Britain, history of London, drama, and city entertainments. Long dismissed as a hack who wrote only for money, Munday is here restored to his rightful position as an historical figure at the centre of many important political and cultural events in sixteenth- and seventeenth-century England. In Anthony Munday and the Catholics, 1560-1633, Hamilton reinterprets Munday as a writer who began his career writing on behalf of the Catholic cause and subsequently negotiated for several decades the difficult terrain of an ever-changing Catholic-Protestant cultural, religious, and political landscape. She argues that throughout his life and writing career Munday retained his Catholic sensibility and occasionally wrote dangerously on behalf of Catholics. Thus he serves as an excellent case study through which present-day scholars can come to a fuller understanding of how a person living in this turbulent time in English history - eschewing open resistance, exile or martyrdom - managed a long and prolific writing career at the centre of court, theatre, and city activities but in ways that reveal his commitment to Catholic political and religious ideology. Individual chapters in this book cover Munday's early writing, 1577-80; his writing about the trial and execution of Jesuit Edmund Campion; his writing for the stage, 1590-1602; his politically inflected translations of chivalric romance; and his writings for and about the city of London, 1604-33. Hamilton revisits and revalues the narratives told by earlier scholars about hack writers, the anti-theatrical tracts, the role of the Earl of Oxford as patron, the political-religious interests of Munday's plays, the implications of Mu