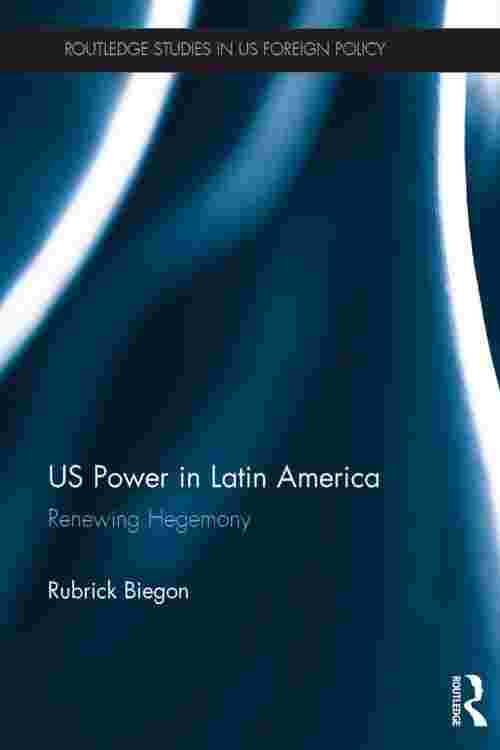 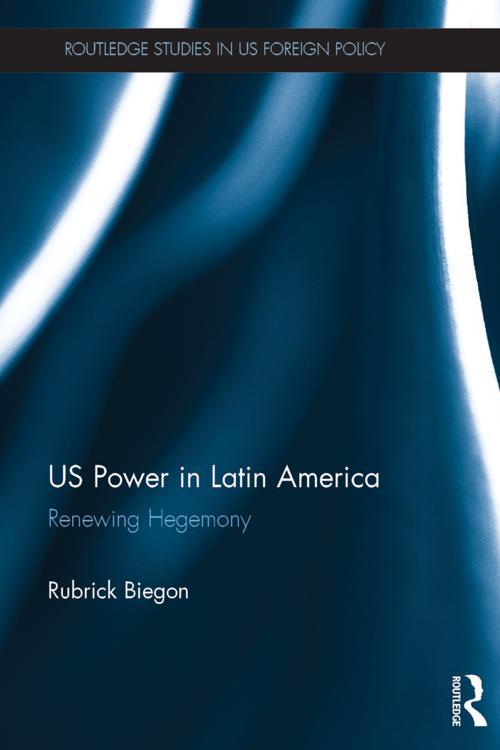 US Power in Latin America

US Power in Latin America

An original account of contemporary US-Latin American relations, this book utilises neo-Gramscian and historical materialist approaches to build a novel conceptual framework for analysing US hegemony, extending critical theory in new and exciting directions. It disaggregates US power into distinct forms (structural, coercive, institutional and ideological) to convincingly argue that the United States is remaking its hegemony in the Western hemisphere.

The first decade of the new century saw the ascendancy of leftist and centre-left forces in Latin America. The emergence and consolidation of the 'New Latin Left' signalled a profound challenge to the long-standing hegemony of the United States in the region. This book details the ways in which US foreign policy responded: defining hegemony as a dialectical relationship patterned by multiple and overlapping forms of power, it situates US policy in the context of the Post-Washington Consensus. Making considerable use of confidential diplomatic cables published by Wikileaks, it examines the interplay of different facets of US hegemony, which are inextricably bound up in the neoliberalisation of the region's political economy.

This book brings clarity to what remains an open and contested process of hegemonic reconstitution, and promises to be of interest to scholars working in a number of overlapping subject areas, including International Relations (IR), US foreign policy and Latin American studies.