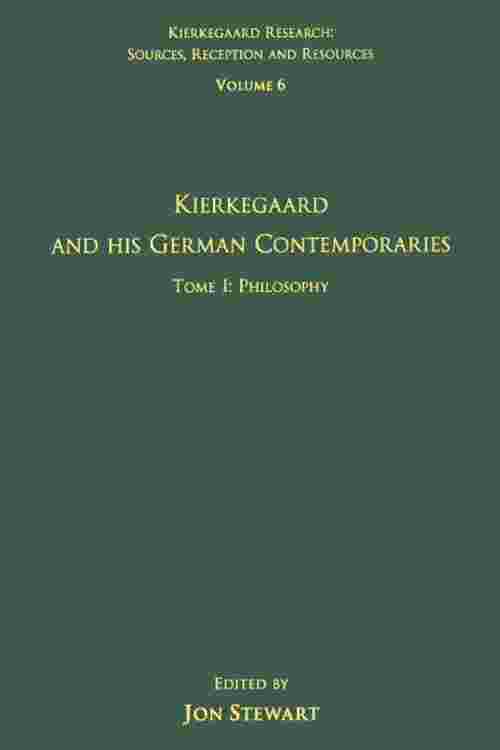 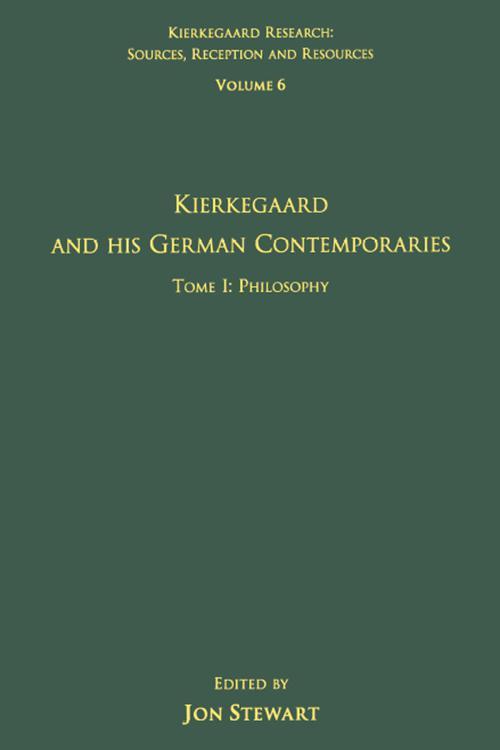 Volume 6, Tome I: Kierkegaard and His German Contemporaries - Philosophy

Volume 6, Tome I: Kierkegaard and His German Contemporaries - Philosophy

This volume explores in detail Kierkegaard's various relations to his German contemporaries. Kierkegaard read German fluently and made extensive use of the writings of German-speaking authors. Apart from his contemporary Danish sources, the German sources were probably the most important in the development of his thought generally. This volume represents source-work research dedicated to tracing Kierkegaard's readings and use of the various German-speaking authors in the different fields in a way that is as clearly documented as possible. The volume has been divided into three tomes reflecting Kierkegaard's main areas of interest with regard to the German-speaking sources, namely, philosophy, theology and a more loosely conceived category, which has here been designated "literature and aesthetics." This first tome treats the German philosophical influences on Kierkegaard. The dependence of Danish philosophy on German philosophy is beyond question. In a book review in his Hegelian journal Perseus, the poet, playwright and critic, Johan Ludvig Heiberg laments the sad state of philosophy in Denmark, while lauding German speculative philosophy. Moreover, Kierkegaard's lifelong enemy, the theologian Hans Lassen Martensen claims without exaggeration that the Danish systems of philosophy can be regarded as the "disjecta membra" of earlier German systems. All of the major German idealist philosophers made an impact in Denmark: Kant, Fichte, Schelling, and most significantly, Hegel. Kierkegaard was widely read in the German philosophical literature, which he made use of in countless ways throughout his authorship.