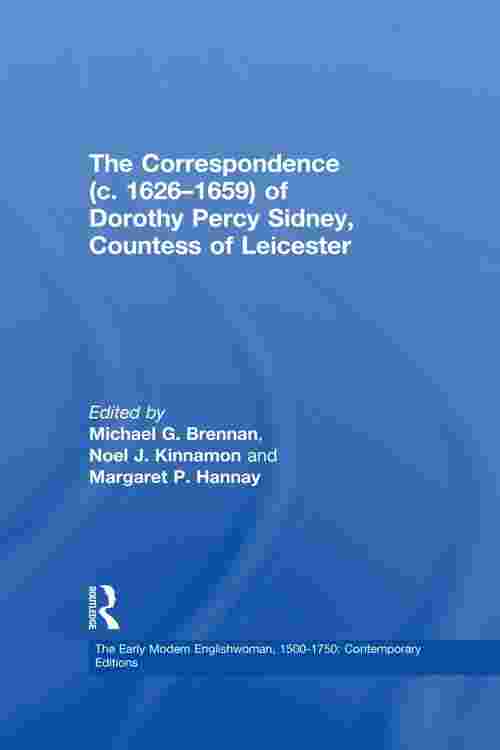 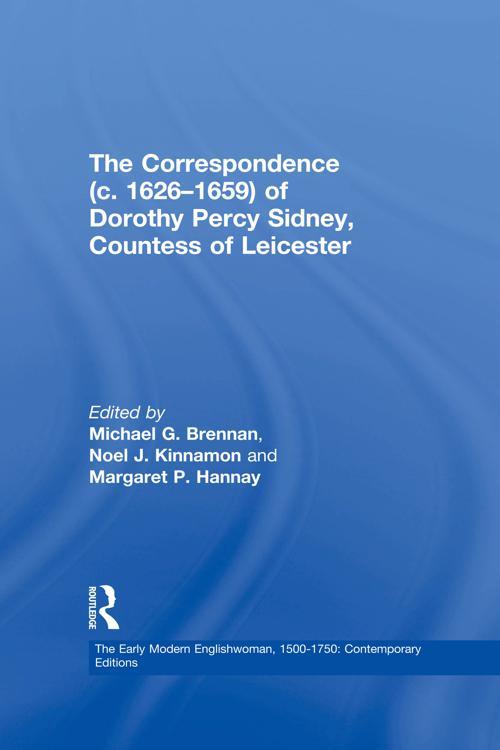 The Correspondence (c. 1626–1659) of Dorothy Percy Sidney, Countess of Leicester

The Correspondence (c. 1626–1659) of Dorothy Percy Sidney, Countess of Leicester

The letters of Dorothy Percy Sidney, Countess of Leicester, dating predominantly from about 1636 until 1643, cover a wide range of issues and vividly illustrate her centrality to her illustrious family's personal and public affairs. These c.100 letters are here for the first time fully transcribed and edited. The edition includes a biographical and historical introduction, setting the context of the Sidneys' family and political activities at the time of Dorothy's marriage to Robert in 1615 and then tracing the major events and involvements of her life until her death in 1659. A key to the cipher used in the letters to disguise identities of individuals is also supplied. Following the introduction is the complete text of each of Dorothy Percy Sidney's letters to her husband, Robert, second Earl of Leicester, and to and from William Hawkins, the Sidney family solicitor, along with several others, including letters from Dorothy to Archbishop Laud and the Earl of Holland. Her husband's account of her last moments in 1659, and testamentary directions relating to her will, are also included. The letters are arranged in chronological order and supported by a series of footnotes that elucidate their historical context and briefly to identify key individuals, places, political issues and personal concerns. These notes are further supported by selective quotations from Dorothy's incoming correspondence and other related letters and documents. A glossary supplies more detailed information on 'Persons and Places.' Dorothy Percy Sidney's letters eloquently convey how, even with her undoubted personal potency and shrewd intelligence, the multifaceted roles expected of an able and determined aristocratic early modern Englishwoman-especially when her husband was occupied abroad on official business-were intensely demanding and testing.