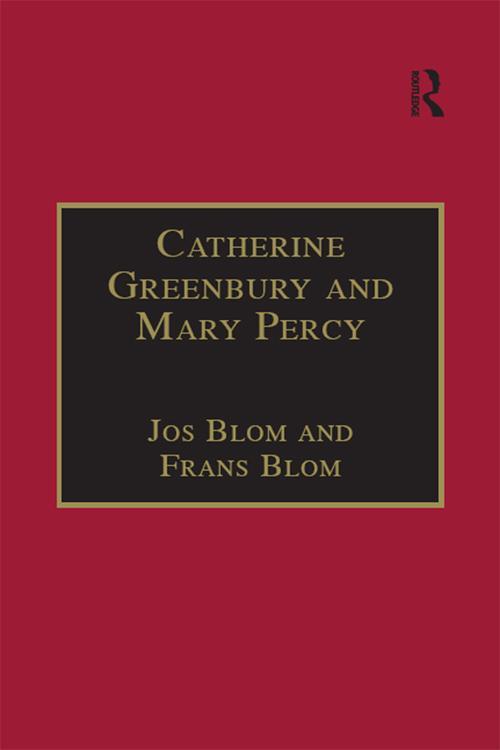 This volume includes two early seventeenth-century translations of Roman Catholic books by English recusant nuns - Catherine Greenbury (a Franciscan) and Mary Percy (a Benedictine). To practise their faith on the continent both these women fled Elizabethan England where Roman Catholic practice had been outlawed under pain of severe penalty (even death). Catherine Greenbury was born at York into a wealthy upper middle-class family but left England after the death of her husband, shortly after the birth of her daughter in or around 1616. After establishing herself in Brussels in a convent dedicated to St Elizabeth, she became its first elected 'Mother' in 1626. During her early years here she translated the work included in this volume - François van den Broecke's biography in Dutch of the saintly Queen Elizabeth of Portugal. A comparison of Greenbury's version with the Dutch text shows not only that the translation is very competent and faithful, but also that she takes the editorial freedom to improve the text. Lady Mary Percy, daughter of Thomas Percy the seventh Earl of Northumberland, left England for Flanders and in 1598 she founded a Benedictine convent in Brussels especially for Englishwomen. Here Mary Percy translated a 1598 French edition of Breve compendio, by the Italian Jesuit Achille Gagliardi with his student Isabella Berinzaga, a mystical handbook which guides the reader through a series of elaborately defined stages striving towards 'deiformitie' - a state in which the soul is 'united unto the will of God'.