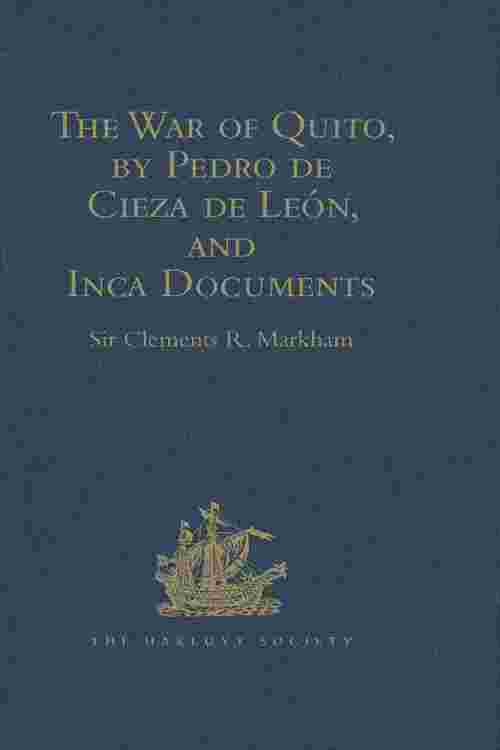 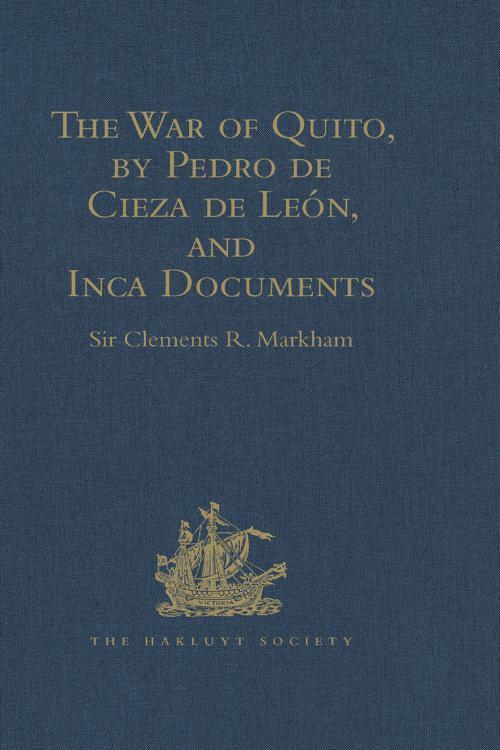 The War of Quito, by Pedro de Cieza de León, and Inca Documents

The War of Quito, by Pedro de Cieza de León, and Inca Documents

Book III (1543-44) of Cieza's 'Civil Wars of Peru', translated and edited. The additional documents continue the narrative to c. 1568. For other sections of the same source, in volumes variously titled, see Second Series 42 and 54. Contents: Contents: Introductory note.-The war of Quito / Pedro de Cieza de Leon (LIII chapters), with notes.-Letter from the Bishop of Cuzco to the King.-Indictment of the judges against the Viceroy. Sequel [by the editor]-Letter from Carbajal to Gonzalo Pizarro.-Gasca's voyage.-Murder of the Inca Manco narrated by his son.-Mission of Figueroa to the Inca.-Note on Molina.-Index This is a new print-on-demand hardback edition of the volume first published in 1913.