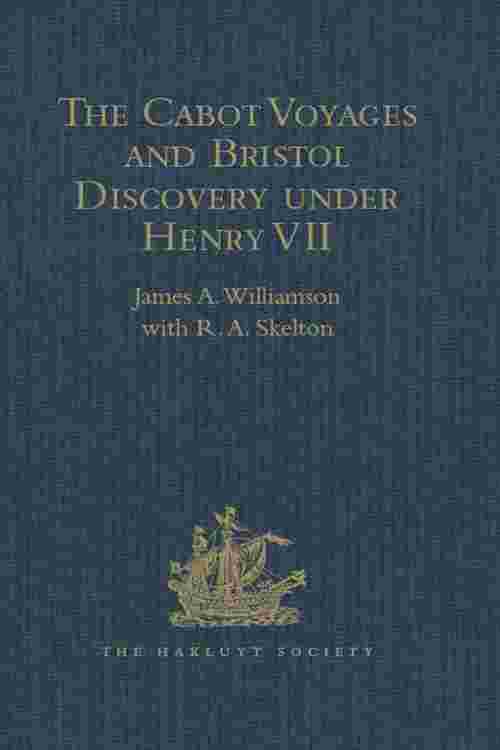 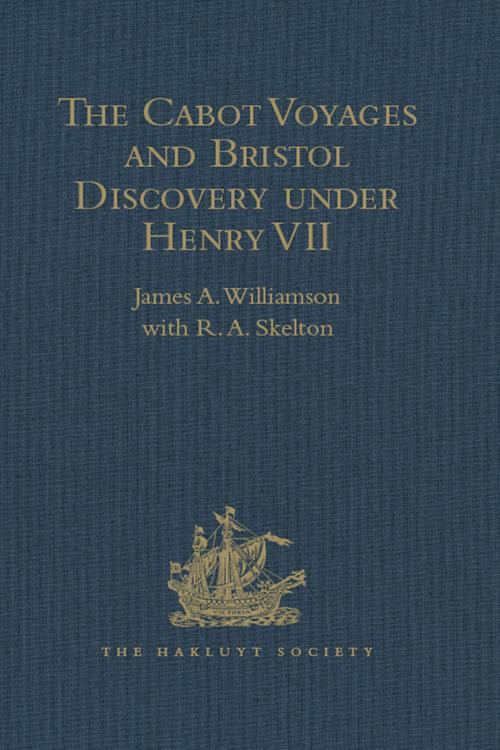 The Cabot Voyages and Bristol Discovery under Henry VII

The Cabot Voyages and Bristol Discovery under Henry VII

The voyages of John and Sebastian Cabot and their English contemporaries were made, for the most part, in search of a westward passage to Asia, and they resulted in the revelation of North America. The evidences are printed here, with an indication of their origins. Some are obscure in meaning, incomplete in statement, or mutually contradictory; and we are left with the certainty that important documents have existed or may now exist, which are still unknown. Dr Williamson interprets the evidence we have. Parts of his undertaking are in the nature of detective work and he does not claim that his solutions are final, which would be impossible in the face of new evidence that may at any time occur. Cabot study is a continuing mental adventure. The maps are an important category of the evidence. Mr R.A. Skelton of the British Museum has contributed a treatment of them, authoritative in its explanations, and a valuable admonition on what can and cannot be expected of the material. This is a new print-on-demand hardback edition of the volume first published in 1962.