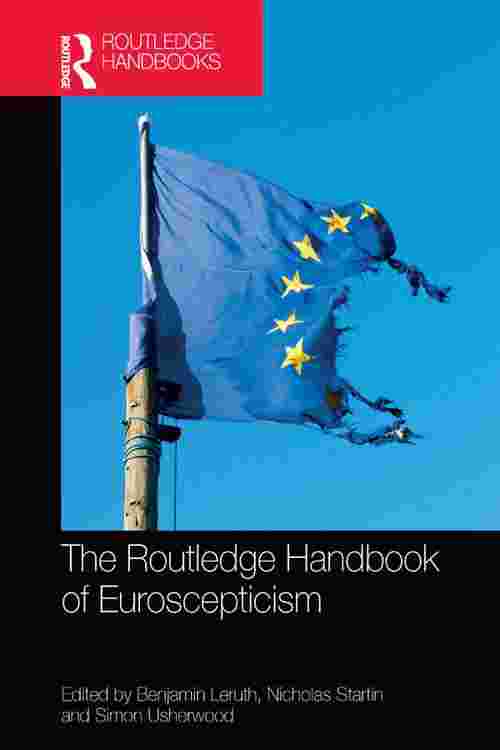 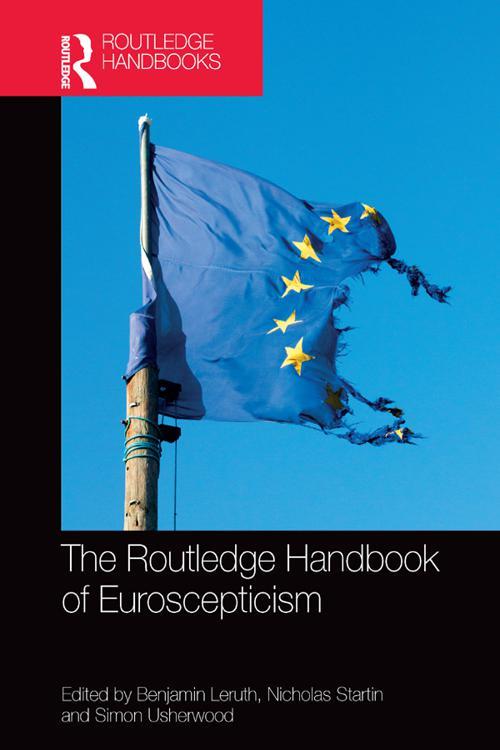 Since the advent of the 1992 Maastricht Treaty, a key turning point in terms of the crystallisation of opposition towards the European Union (EU), Euroscepticism has become a transnational phenomenon. The term 'Euroscepticism' has become common political language in all EU member states and, with the advent of the Eurozone, refugee and security crises have become increasingly 'embedded' within European nation states.

Bringing together a collection of essays by established and up-and-coming authors in the field, this handbook paints a fuller, more holistic picture of the extent to which the Eurosceptic debate has influenced the EU and its member states. Crucially, it also focuses on what the consequences of this development are likely to be for the future direction of the European project. By adopting a broad-based, thematic approach, the volume centres on theory and conceptualisation, political parties, public opinion, non-party groups, the role of referendums – and the media – and of scepticism within the EU institutions. It also reflects on the future of Euroscepticism studies following the United Kingdom's vote to leave the EU.

Containing a full range of thematic contributions from eminent scholars in the field, The Routledge Handbook of Euroscepticism is a definitive frame of reference for academics, practitioners and those with an interest in the debate about the EU, and more broadly for students of European Studies, EU and European Politics.

Theory and conceptualisation
Benjamin Leruth, Nicholas Startin and Simon Usherwood
Never in the history of European integration has there been a more salient moment to study the much used and much debated concept of Euroscepticism. What with the effects of the 2008 economic crisis still being felt in the Eurozone, deep-seated concerns about Europe's security as epitomised by the terrorist attacks in Paris and Brussels and the on-going refugee and humanitarian crisis stretching across Europe's borders, the European project is under great strain. The 2016 vote in the UK referendum on EU membership has only resulted in greater political uncertainty as Europe's elites wrestle with the consequences of what a vote for Brexit means for both the EU and the UK. What these developments underline is that Euroscepticism never stands still. The target of opposition is always evolving. This is one of the great attractions of studying Euroscepticism, as is its multi-faceted nature. Whatever one's interest, one can find glimpses and reflections of it within the concept: party politics, public opinion, comparative politics, international relations, institutions, psychology, sociology, economics, law, geography, history and much more. As a phenomenon, Euroscepticism seems to touch on everything and to be found everywhere.
This is both a good thing and a bad thing for scholars. For those who have come to study it during the past couple of decades it has meant that it has become ever easier to justify the time and effort devoted to understanding what used to be seen as a very peripheral area of political life. But as more have come to the subject, so it has expanded and stretched, to the point where it has become much harder to know what Euroscepticism actually is, let alone why it occurs and what it means.
This collection of original pieces is an effort to map out this new scholarship and to give dimensions to something that has become a central part of contemporary political discourse in Europe, not only among academics and politicians, but also among the wider population. By bringing together experts from a very wide range of disciplines and perspectives, this Handbook offers the first major attempt to present the state of a rapidly evolving art and to highlight the connections that exist across and within a field that is more often than not misunderstood and misconceptualised.

If this all strikes the reader as an overly gloomy reading of the situation then this has to be set against the very considerable progress that has been made. Prior to the late 1990s, the number of academic pieces that had an explicit focus on oppositional politics in the European integration process could be counted on the fingers of one hand. Within twenty years we now have a thriving and insightful community of scholars who, even if they do not have all the answers, certainly know the questions to be addressed. This Handbook, which includes the work of over forty-five scholars of Euroscepticism studies, is testament to the depth, breadth and quality of work that is being undertaken at present across the social sciences. Our selection of authors is necessarily limited, but reflects the creativity and insight that is being generated.
Again, three key points stand out in this work. The first is a willingness to break free of prior conceptions and approaches. Whether we look at theory or practical instances of Euroscepticism we find scholars exploring whether and how different tools can be brought to bear in improving our understanding of the phenomenon. Paradoxically, the proliferation of case studies means that it is increasingly possible to identify common threads and elements that might have been previously obscured by the weight of particularity.
Secondly, the quality of data that is now available has vastly improved our ability to describe – and thus to understand – what Eur...