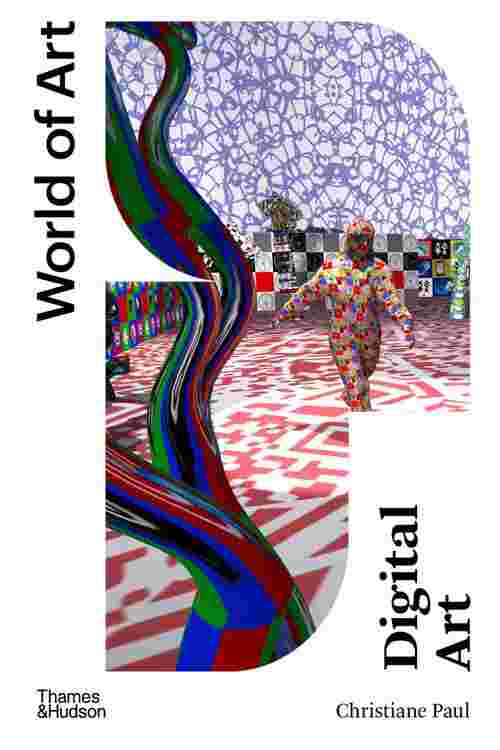 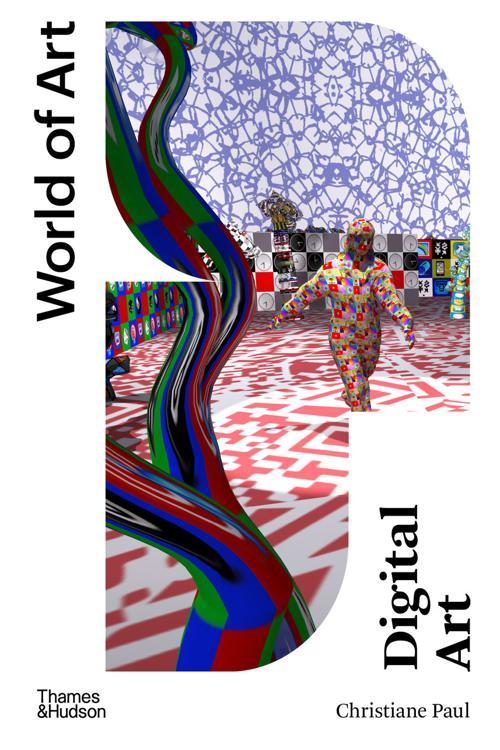 This third, updated and expanded edition of Christiane Paul's acclaimed book investigates key areas of digital art practice that have gained in prominence in recent years, including the emergence and impact of location-based media, interactive public installation, augmentive and mixed reality, social networking and file-sharing and tablet technologies.

It explores themes raised by digital artworks, such as viewer interaction, artificial life and intelligence, political and social activism, networks and telepresence, and issues surrounding the collection, presentation and preservation of digital art. It also looks at the impact of digital techniques and media on traditional forms of art such as printing, painting, photography and sculpture, as well as exploring the ways in which entirely new forms such as internet and software art, digital installation and virtual reality have emerged as recognized artistic practices.

Publisher
Thames and Hudson Ltd
Year
2015
ISBN
9780500772744
Topic
Art
Subtopic
Art General
Edition
3
Chapter 1: Digital Technologies as a Tool
The use of digital technologies in almost every arena of daily life has vastly increased during the past two decades, leading to speculations that all forms of artistic media will eventually be absorbed into the digital medium, either through digitization or through the use of computers in a specific aspect of processing or production. It is certainly true that more and more artists working in different forms of media – from painting, drawing, and sculpture to photography and video – are making use of digital technologies as a tool of creation for aspects of their art. In some cases, their work displays distinctive characteristics of the digital medium and reflects on its language and aesthetics. In other cases, the use of the technology is so subtle that it is hard to determine whether the art has been created by means of digital or analogue processes. A work suggesting that it has been created through digital manipulation may have been created entirely by means of traditional techniques, while one appearing to be entirely handmade may have undergone digital processing. In both cases, however, these two kinds of work owe as much to the histories of photography, sculpture, painting, and video as to the use of digital technologies.
While not every work that makes use of digital technologies also reflects on those technologies’ aesthetics and makes a statement about them, there are certain basic characteristics exhibited by the digital medium. One of the most basic of them is that this medium allows for multiple kinds of manipulation and a seamless combination of art forms, which can lead to a blurring of the distinctions between different media. Photography, film, and video have always entailed manipulation – for example, of time and place through montage – but in digital media, the potential for manipulation is always heightened to such a degree that the reality of ‘what is’ at any given point is constantly open to question. Recontextualization through appropriation or collaging, as well as the relationship between copy and original, are also prominent features of the digital medium. While appropriation and collaging, techniques originating with the Cubists, Dadaists, and Surrealists at the beginning of the twentieth century, have a long history in art, the digital medium has multiplied their possibilities and taken them to new levels. Walter Benjamin’s seminal 1936 essay ‘The Work of Art in the Age of Mechanical Reproduction’ discussed the impact of reproduction brought about by the then ‘new’ media of photography and film. For Benjamin, the presence of an artwork in time and space, ‘its unique existence at the place where it happens to be’, constituted the authenticity, authority, and ‘aura’ of the art object, all of which seemed to be jeopardized by the possibilities of mechanical reproduction and the creation of identical copies. The work of art in the age of digital reproduction, however, takes instant copying, without degradation of quality from the original, for granted. The digital platform also increases the accessibility of visual materials: images can be easily digitized through scanning and are readily available for copying or dissemination on the Internet. Whether the concepts of authenticity, authority, and aura are destroyed through these forms of instant reproducibility is debatable, but they have certainly undergone profound changes.
In this chapter, the use of digital technologies as a tool for the creation of art objects and their aesthetic impact will be discussed through the use of a few key examples. Since these technologies are now commonly used in art, an inclusive survey would probably have to comprise thousands of artworks. The works presented here are merely a selection that illustrates specific aspects of digital imaging and the digital production of art.
Digital imaging: photography and print
Digital imaging as it manifests itself in photography and print is a vast field, including works that have been created or manipulated digitally but then printed in the traditional way, as well as images that have been created without the use of digital technology but then printed using digital processes. In this section, these different techniques will be considered, with a special focus on the changes they have brought about in our understanding and reading of the visual image.
Early experiments with digital image creation and output, such as the works of American artist Charles Csuri, exhibit some of the essential characteristics of the computer medium, such as forms driven by mathematical functions and their repetition and reiteration. Csuri’s SineScape (1967) [14] consisted of a digitized line drawing of a landscape that was then modified by a wave function in a procedure repeated about a dozen times. The original landscape thereby underwent a process of abstraction that made it appear as a notation of its own characteristics.
17. Nancy Burson, Beauty Composites: First (left) and Second (right), 1982

Abstract imagery consisting of formal variations driven by mathematical functions such as Csuri’s constitutes one of the major strands of the early history of digital imaging. But computer technology has also been used for decades for the compositing of different forms of imagery, the overlaying or blending of visuals. Nancy Burson was among the pioneers in the field of computer-generated composite photographs, and made a major contribution to the development of the technique known as ‘morphing’ – the transformation of one image or object into another through composite imagery – which is now commonly used by law-enforcement agencies to age or alter the facial structure of missing persons or suspects. Burson’s work has consistently addressed notions of beauty as defined by society and culture: her Beauty Composites (1982), which merge the faces of film stars Bette Davis, Audrey Hepburn, Grace Kelley, Sophia Loren, and Marilyn Monroe (First Composite) and Jane Fonda, Jacqueline Bisset, Diane Keaton, Brooke Shields, and Meryl Streep (Second Composite), are investigations into beauty that focus on the constituent elements of culturally defined ideals. The face literally becomes a topographical record of human aesthetics, a document and history of standards of beauty that at the same time suppresses individuality. The study and comparison of structural and compositional elements also played a major role in the work of Lillian Schwartz, who used the computer as a too...