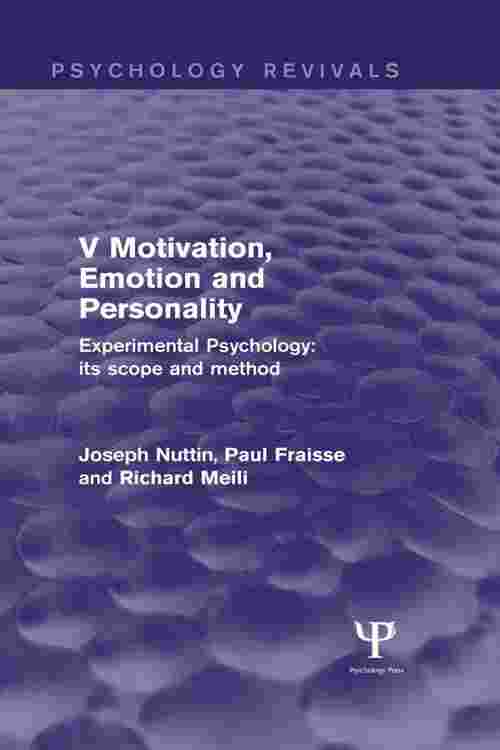 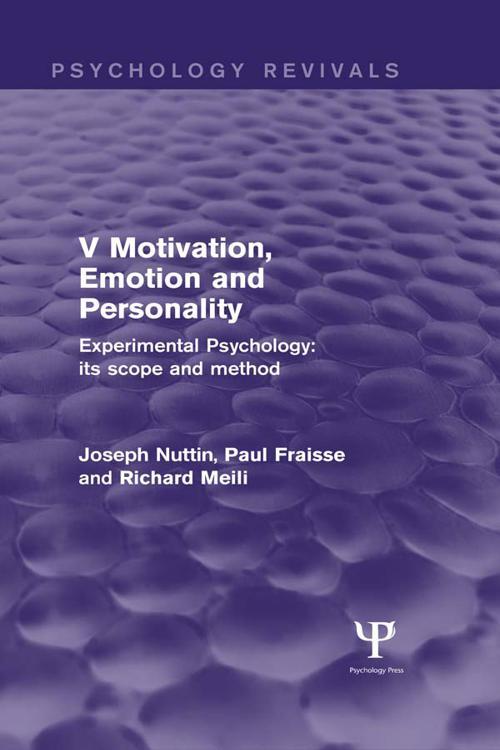 First published in English in 1968, Joseph Nuttin contributes the first chapter, on Motivation. He discusses various aspects of the motivational process. Such as incentives, conflict, social motivation, and negative motivation, and describes the mechanism of the process. The second chapter, by Paul Fraisse, is on the Emotions. Fraisse examines the nature of the emotions, both on the behavioural and on the neurophysiological levels, and goes on to define and discuss moving situations. He shows the different types of expression an emotional reaction may take, and discusses the causes of hyper-emotionality.