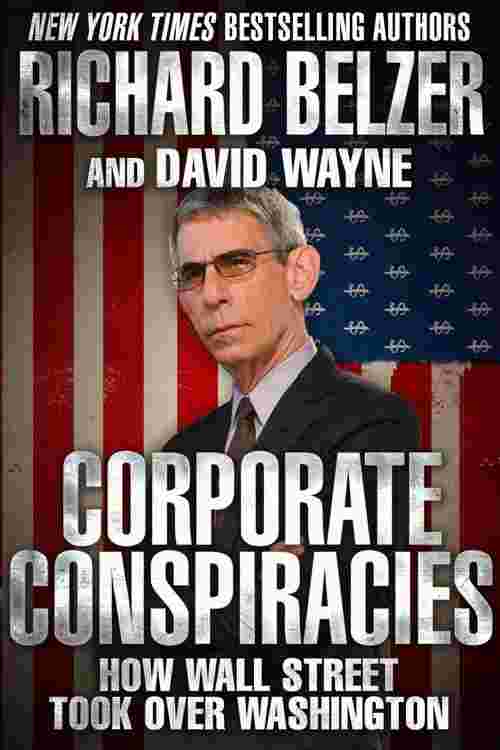 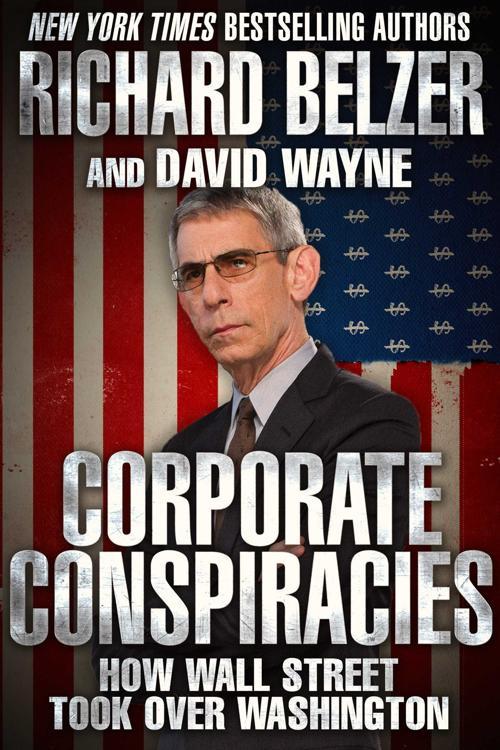 From New York Times bestselling authors Richard Belzer and David Wayne comes a hard look at the wrongs done to us all by big business in America.
Here is an explosive account of wrongful acts perpetrated, and the ensuing cover-ups inflicted upon us, by American corporations. The bestselling author team of Richard Belzer and David Wayne exposes the ways that the capitalist regime has got us under their thumbs—from the mainstream media and its control over us, to the trillions stolen by big banks and mortgage companies during the mortgage crisis, to the scams perpetrated by Big Oil and Big Pharma. The one common victim of all that corruption is the American public, and Corporate Conspiracies wants to do something about it.
Corporate Conspiracies takes dead aim at those who take advantage of us little guys. Probably most disturbing is the book's examination of politics and capitalism teaming up against us—how politicians and lobbyists all have their hands in each other's pockets while stabbing us in the back, and how the well-established energy lobby—which is petroleum, natural gas, and coal—has played a dominant role in the shaping of US foreign policy for decades.
Did you know that companies at times know that their products will kill people, but they do nothing, because it is actually cheaper to compensate the victims than it is to correct the problem? And did you know that the Pentagon is sending $1.5 trillion of our tax dollars to their corporate buddies for a new fighter jet that is already superfluous? This book is guaranteed to make us all think twice about being enslaved and cheated by corporate America.
Skyhorse Publishing, as well as our Arcade imprint, are proud to publish a broad range of books for readers interested in history--books about World War II, the Third Reich, Hitler and his henchmen, the JFK assassination, conspiracies, the American Civil War, the American Revolution, gladiators, Vikings, ancient Rome, medieval times, the old West, and much more. While not every title we publish becomes a New York Times bestseller or a national bestseller, we are committed to books on subjects that are sometimes overlooked and to authors whose work might not otherwise find a home.