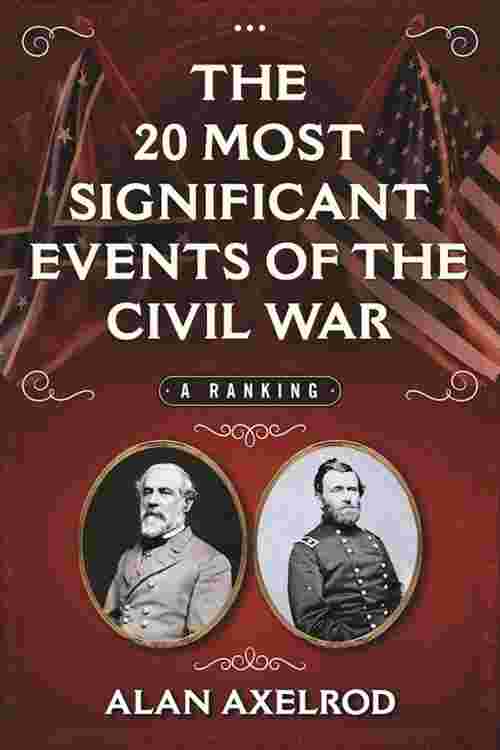 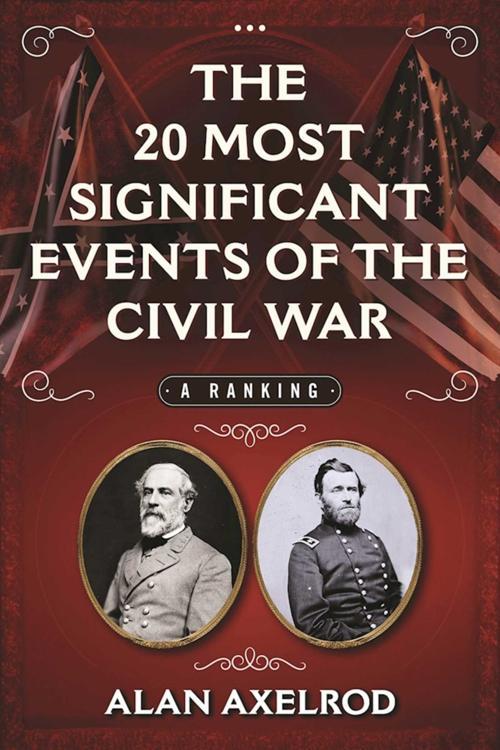 This is the first book to not only select the events that most influenced the causes and outcome of America’s Civil War, but also to rank them in order of significance. In each of the book’s 20 detailed essays, author/historian/speaker Alan Axelrod presents an engaging narrative about the event, and also explains how the event shaped the course of the war, and ultimately the future of the country.The author’s selection and ranking criteria include:
Effect as cause or trigger of the war
Decisiveness: whether it was a war-winning or war-losing event (both in military terms and in terms of public opinion, morale, and support)
Magnitude and scope: size and cost of a battle
Enduring postwar significance in American history, politics, society, culture and/or in military history and technology
From Lincoln’s Inauguration, Antietam, and John Brown’s raid, to the New York draft riots and Stonewall Jackson dying as a result of friendly fire – never before has the Civil War been explored quite this way. The Civil War was a violent argument between the North and the South. The purpose of this book is to start another argument about its history.