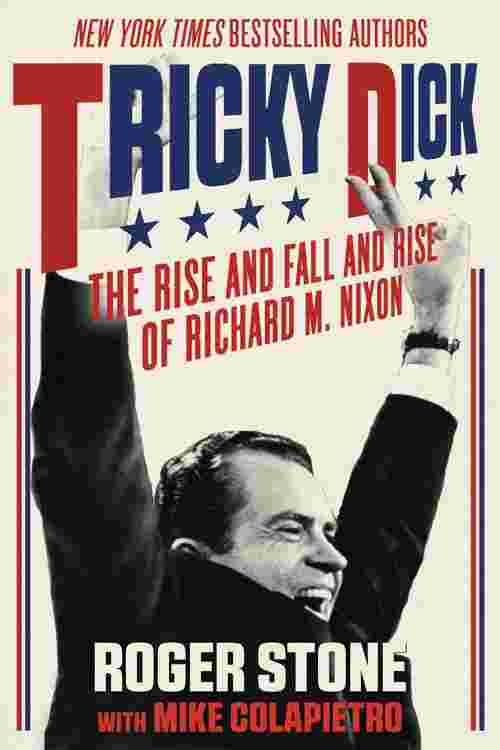 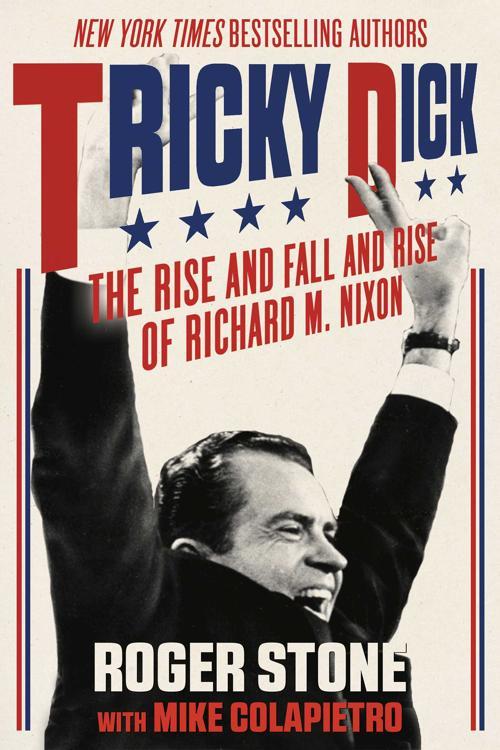 Finally, there is a "warts and all" biography of the most enduring American politician of the 20th century Richard Milhous Nixon written by an author with unprecedented access and insight about our 37th President', New York Times Bestselling Author Roger Stone.
Stone and his co-author award winning Investigative reporter Michael Colapietro, look at the totality of Nixon's entire career utilizing stunning new information either suppressed or unknown by the main stream media of the time.
Tricky Dick includes new and never before published documentation that the CIA infiltrated the original Watergate burglary team in order to purposely botch the break-in, that White House Counsel John Dean consistently lied about his true role in planning, execution and cover up of the Watergate break lying to Nixon about White House involvement for nine months and concealing ties between Dean and his wife and a high-priced call girl ring utilized by the Democratic National Committee to entertain visiting Democrat dignitaries.
Building on the blockbuster revelations of Roger Stone's previous book on the Nixon's presidency Nixon's Secrets the longtime Nixon intimate and his co-author have added shocking new material that proves that the Watergate Special Prosecutor met secretly repeatedly and illegally with Watergate Trial Judge John Sirica in a successful effort to railroad Nixon and rig any appeal to a higher court.
Stone and his co-author Colapietro trace Nixon' meteoric climb from his first race for the House in 1947, his dogged pursuit of Soviet spy Alger Hiss (classified Russian documents released after the fall of the Soviet Union prove Hiss was indeed a KGB Spy), Nixon's bruising campaign for the US Senate in 1950, his improbable selection by General Dwight D Eisenhower to be vice president only six years after his election to Congress, the triumphs and humiliations of his vice presidential years, and his razor thin loss of the presidency to John F Kennedy in 1960.
Tricky Dick: The Rise and Fall and Rise of Richard M. Nixon proves in intricate detail how the 1960 election was stolen from a surging Nixon, detailing voter fraud in both Texas and Illinois to a degree heretofore undocumented by political scientists and covered only by the New York Herald Tribune at the time.
These New York Times bestselling authors also detail Nixon's reinvention of himself as "The New Nixon” and The greatest single come back in American history which resulted in Nixon's triumphant election as president in 1968.
Tricky Dick also dissects the military industrial complex unhappiness with Nixon's end to the war in Vietnam, his historic strategic arms limitation agreement with the Soviets and his opening to China and the resultant plot to bring Nixon down in the scandal known today as "Watergate".