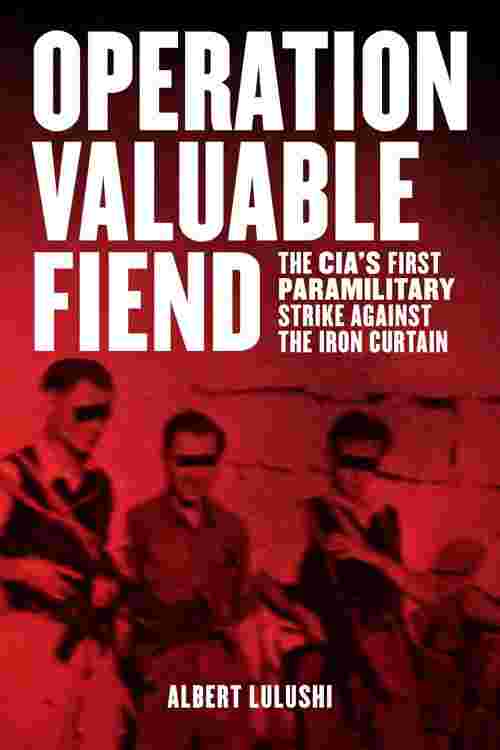 In 1949, a newly minted branch of the CIA (the precursor of today’s National Clandestine Service), flush with money and burning with determination to roll back the Iron Curtain, embarked on the first paramilitary operation in the history of the agency. They hatched an elaborate plan, coordinated with the British Secret Intelligence Service, to foment popular rebellion and detach Albania, the weakest of the Soviet satellites in Europe, from Moscow’s orbit. The operation resulted in dismal failure and was shut down by 1954.In Operation Valuable Fiend, Albert Lulushi gives the first full accounting of this CIA action, based on hundreds of declassified documents, memoirs, and recollections of key participants, including Albanian exiles recruited for missions and their Communist opponents. Up till now, the story of the operation has been obfuscated and even distorted. Some blamed the Soviet mole Kim Philby for sabotaging it; the communists credited the prowess of their secret police; and CIA memoirs were heavily sanitized. Lulushi documents a range of factors that led to the failure, from inexperienced CIA case officers outsmarted in spy-vs-spy games by their ruthless Stalinist opponents; to rivalries between branches of the CIA and between the agency and friendly intelligence services; and conflicts among anti-Communist factions that included Albania’s colorful exiled leader, King Zog.The book also shows how this operation served as the proving ground for techniques used in later CIA Cold War paramilitary actions—involving some of the same agency operatives—including the coup d’états in Iran and Guatemala and the Bay of Pigs invasion of Cuba.Skyhorse Publishing, as well as our Arcade imprint, are proud to publish a broad range of books for readers interested in history--books about World War II, the Third Reich, Hitler and his henchmen, the JFK assassination, conspiracies, the American Civil War, the American Revolution, gladiators, Vikings, ancient Rome, medieval times, the old West, and much more. While not every title we publish becomes a New York Times bestseller or a national bestseller, we are committed to books on subjects that are sometimes overlooked and to authors whose work might not otherwise find a home.