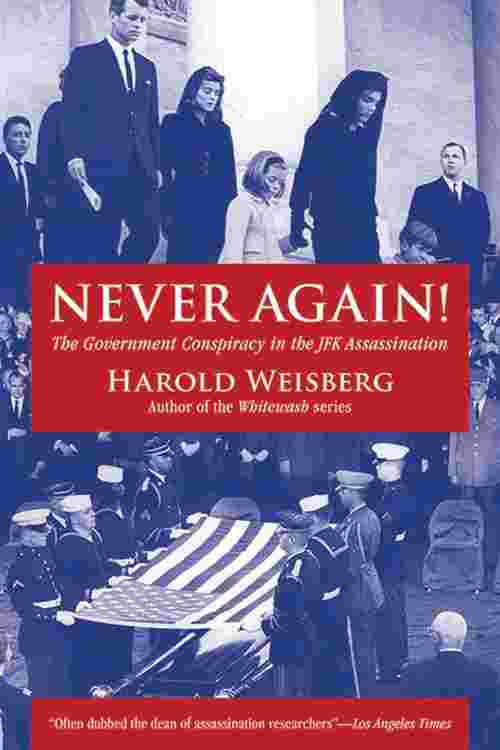 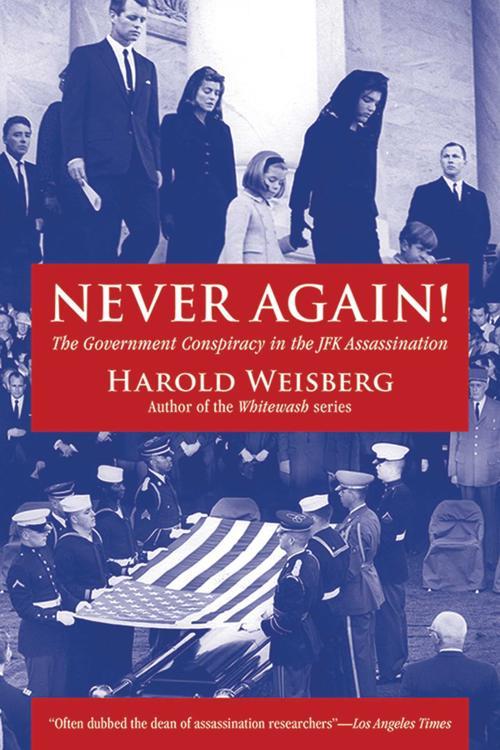 Originally published in 1995, and in the same classic investigative style of Whitewash and Case Open, Harold Weisberg turns his sharp investigative eye towards the events surrounding the autopsy of John F. Kennedy. Inside Never Again! you’ll find:

Weisberg argues this case with exclusive regard for the facts. Facts lead to the book’s startling new illuminations. Facts provide a compelling narrative filled with intrigue and laced with outrage. Facts reveal the failure of America’s institutions to deal effectively with perhaps its most profound national tragedy. In the face of overwhelming facts, Harold Weisberg justly warns us that this must never again happen!