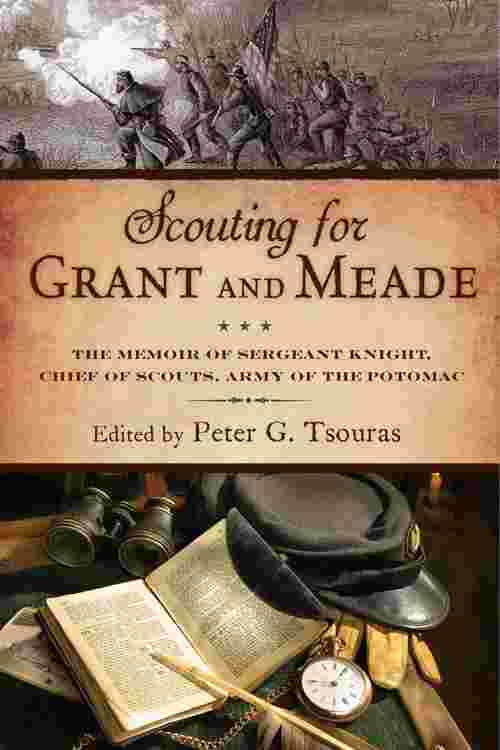 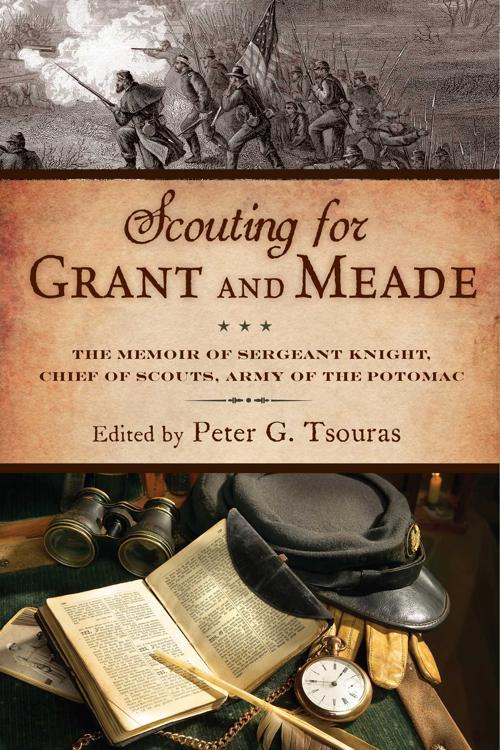 Scouting for Grant and Meade is comprised of the popular recollections of Judson Knight, former chief scout of the Army of the Potomac from August 1864 to June 1865. Originally beginning as a serialized column in the armed forces service paper National Tribune, Knight’s column Fighting Them Over Again offers a rare glimpse into the comings and goings of scouts behind enemy lines during the American Civil War. A must-have for any history buff, Scouting for Grant and Meade not only offers a day-to-day account of a scout for the Union army, but also provides valuable insight into historical events from the perspective of an eyewitness. Knight reveals his unique experiences behind Confederate lines, including how he came across many women living alone on their own plantations with their slaves. His account revealed to his contemporaries that slaves living in the South never betrayed Union scouts hiding behind Confederate lines. Working within a newly growing military intelligence field, Knight details his daring and resourceful experiences, often taking orders directly from General Grant himself.Noteworthy for being well written for its time, Knight writes with a conversational tone that remains easily accessible to the modern reader. Extensively fact-checked, Scouting for Grant and Meade offers a personalized account of the bloodiest war ever to be fought on American soil.Skyhorse Publishing, as well as our Arcade imprint, are proud to publish a broad range of books for readers interested in history--books about World War II, the Third Reich, Hitler and his henchmen, the JFK assassination, conspiracies, the American Civil War, the American Revolution, gladiators, Vikings, ancient Rome, medieval times, the old West, and much more. While not every title we publish becomes a New York Times bestseller or a national bestseller, we are committed to books on subjects that are sometimes overlooked and to authors whose work might not otherwise find a home.