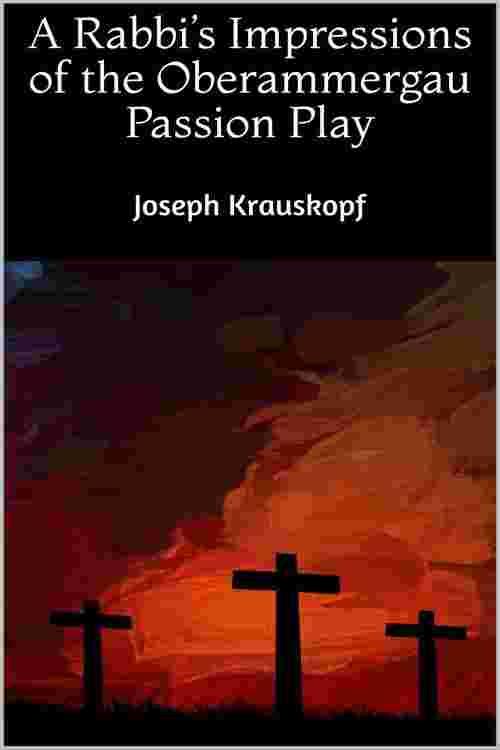 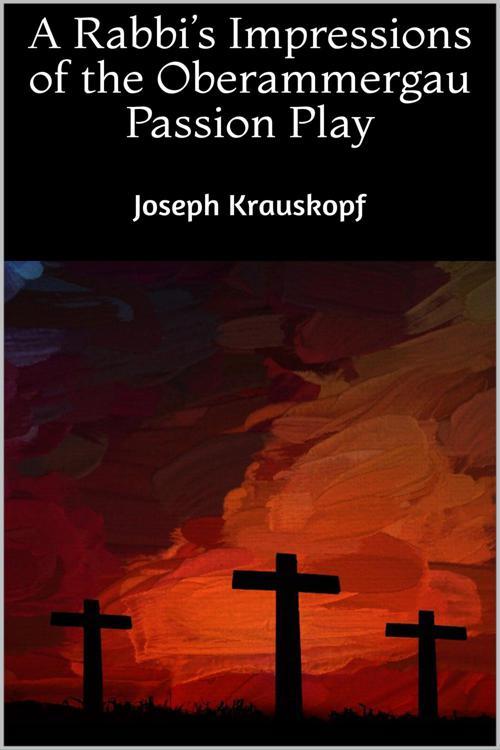 ORIGINALLY but one lecture on the Oberammergau Passion Play was contemplated by the author. Developing his subject, he found himself obliged, in justice to his theme, to make of the one lecture three.The widespread interest which the treatment of the subject awakened, and the keen desire of large audiences, and of a yet larger reading public-both of Jews and non-Jews-to hear and read more and more of a Rabbi's Impressions of that unique presentation of the gospel story of Christ's Passion at Oberammergau, not only changed the three lectures into six, not only exhausted two large pamphlet issues of them, but has also necessitated this new edition, supplemented by a number of chapters, which bear on the subject, and which throw additional light on the question discussed.But the great demand for these lectures is not the only reason for their issuance in book-form. They would have been delivered from the pulpit of the Reform Congregation Keneseth Israel, even if no interest in them had been evinced, and they would have been issued in printed form, even if no one had shown a desire to peruse them.The discourses would have been obliged to create that interest, no matter how difficult the task, no matter how slow the progress. The Oberammergau Passion Play has made clear that there are falsehoods enacted and taught that must be uprooted, and that there are truths suppressed that must be brought to light, and given the widest publicity, if the Jew is to be spared further suffering, and if the Christian is to be saved from further wrong-doing against Israel.