📖[PDF] Scarlett of the Mounted by Marguerite Merington | Perlego 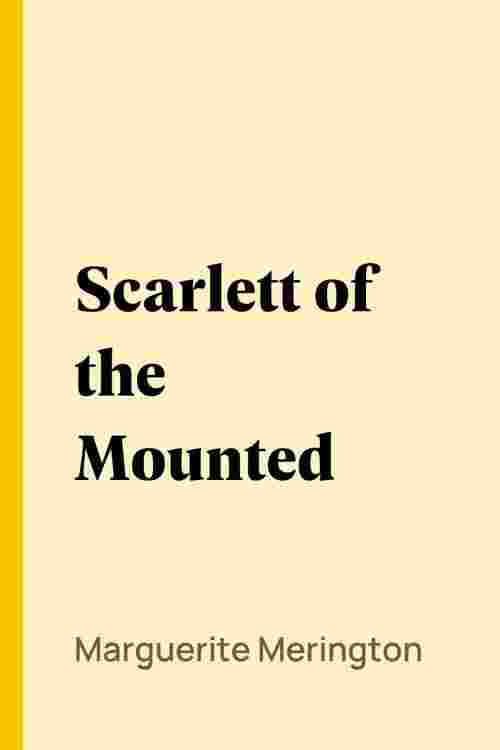 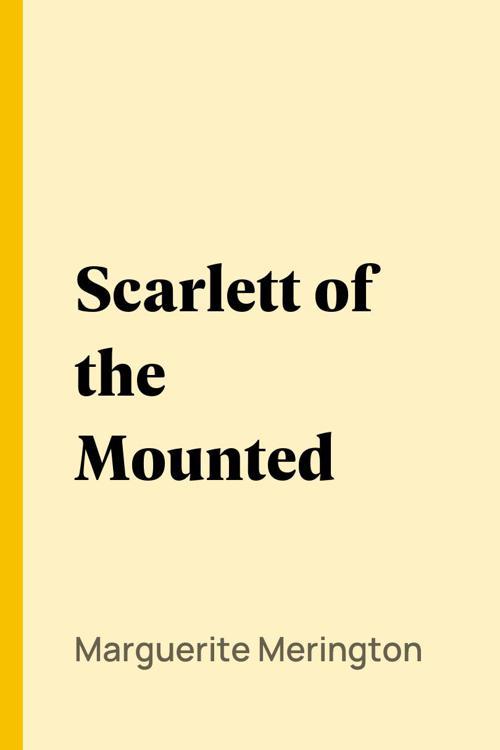 Parson MacLane came running along the rough trail, his dogs, Telegraph and Wrangel, named after former mission charges, following. As he paused at the crest of a hill to take breath and wipe the grime from his face he smiled, for over the thicket of scrub willow that lay between him and Lost Shoe Creek rose the voices of the "boys" he had traveled far to reach. Then he sighed, because the jest and song, as he heard them, were ribald; the laughter thick with drink. Finally, reflecting that in no human heart had he ever found evil so strong but that the good was stronger, he smiled again, and stooping to pluck from a low-growing bush the deep crimson wild rose of the north, he set this in his buttonhole, and squaring his shoulders for a fresh bout with his old adversary of horns and cloven hoof, trotted cheerily down the steep incline. With an expiring wheeze the concertina dropped from the singer's hand. One of the group playing Black Jack, looked up. "Go on, Bill! Thar's other verses—an' each more decorative than the last!" Lighting a pipe, Bill shook his head. "Grand opera sore throat! Left my music at home—and home," he added, under his ragged mustache, "is so cursed far away!" Mops' remonstrance was cut short by a disparaging comment on his methods of card-playing from a raw-boned Scotchman who had lost an inconsiderable amount. "You accuse me o' cheatin'?" "Aweel!" Sandy scratched his head. "While it's na' to say cheating it's na' to say fair playing neither!" "You liar!" kicking over the barrel that served for a table, with a volley of oaths Mops sprang at him, and a free fight would have ensued but for the intervention of the more cautious, who, pointing to a squalid bundle from which lusty snores were issuing, reminded the belligerents that if Bully Nick were roused from his innocent slumbers some indiscriminate gun-play might be looked for, transmuting every mother's son into cold meat. This argument prevailed; peace was restored and celebrated in the dire wassail of the district, served in the open by Ikey, bartender of the dilapidated refreshment-tent nearby, and by general consent charged to the protesting but helpless Sandy. It was at this auspicious moment that, followed by his dogs, rose in buttonhole, and with smiling countenance, Parson Maclane made his entrance into the camp on Lost Shoe Creek. Hailing the newcomer as dude and tenderfoot, with winks and nudges among themselves the men prepared to "have fun" with him. Raising their glasses in derisive welcome, "Hello, stranger!" they chorused. "'Drink your health!"