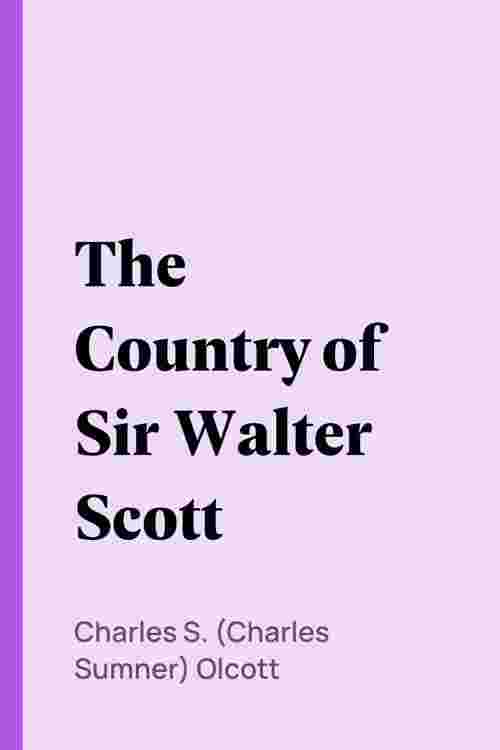 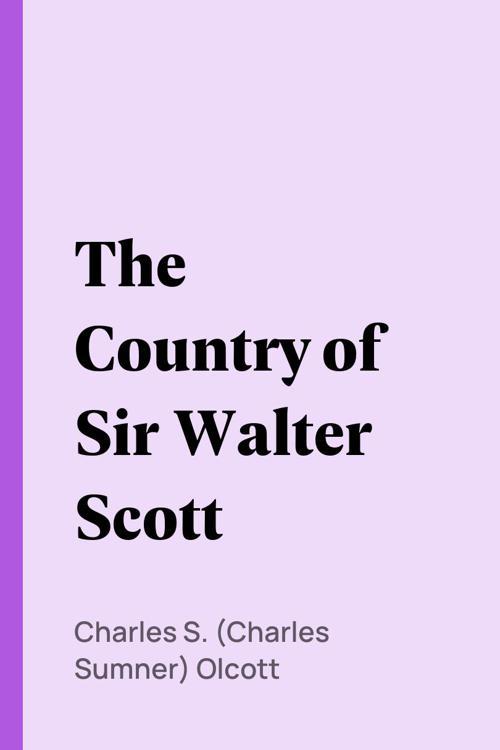 'He was makin' himsel' a' the time, but he didna ken maybe what he was about till years had passed; at first he thought o' little, I dare say, but the queerness and the fun.'

In these expressive words, Robert Shortreed, who guided Walter Scott on the celebrated 'raids' into the Liddesdale country, correctly summarized the youth and early manhood of the future poet and novelist. Scott was thirty-four years old when the 'Lay of the Last Minstrel' appeared, and had reached the mature age of forty-three before he published the first of the Waverley Novels. But from early childhood he was busily engaged, with more or less conscious purpose, in gathering the materials for his future work.

It is the purpose of this chapter to show, by a brief survey of these preparatory years, how he acquired that intimate knowledge of human nature that enabled him to record so truthfully and with such real sympathy the thoughts and feelings, the hopes and fears, the manners of life, the dress, the conversation, and the personal peculiarities of people of every degree, from Mary, Queen of Scots, to Meg Merrilies, the Queen of the Gipsies; from the lordly Earl of Montrose down to the humblest of the Children of the Mist. It will also aim to suggest something of the method by which he learned to paint such charming pictures of ancient castles and ruined abbeys, of princes' palaces and fishermen's cottages, of rocky shores and wild paths through the woods, of rivers, lakes, and mountains, and all the other elements that make up the varied and beautiful scenery of Scotland and England.

In the hilly country south of Edinburgh, standing alone on a high rock, is an old feudal tower called Smailholm. Outlined against the western sky, in the glow of a summer sunset, it seemed to us like a proud and beautiful capital letter 'I,' saying with some emphasis on the personal pronoun, ' I am a thing of some importance.' We forgave the egotism, for the old tower really is important, marking the very beginning of Walter Scott's career, the spot where he received his first poetic impulse. Here at the age of three years, he rolled about on the rocks with the sheep and lambs as if he were one of them. He had been brought to Sandy Knowe, the home of his grandfather, in an effort to save his life, for he had been a sickly child, and six brothers and sisters had died in infancy, so that his parents were naturally more than anxious. The life out of doors soon brought a marked improvement, and except for the lameness, which never left him, the boy became healthy and vigorous. He was attended by an old shepherd, known as the 'cow-bailie,' who had a great fund of Border stories, to which the lad listened eagerly.