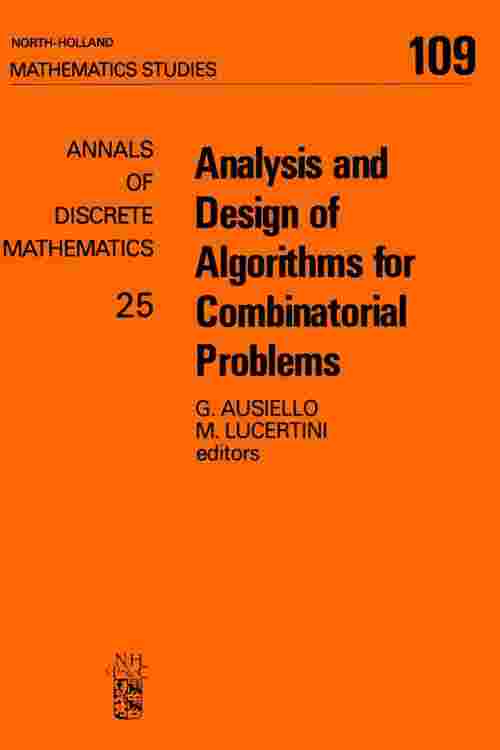 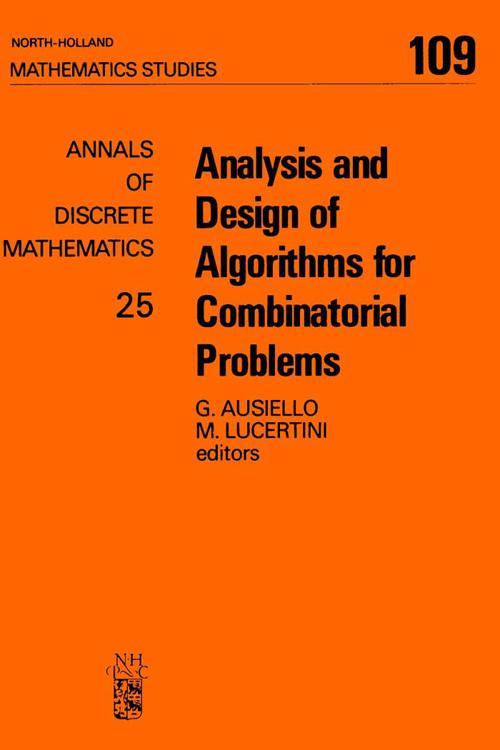 Analysis and Design of Algorithms for Combinatorial Problems

Analysis and Design of Algorithms for Combinatorial Problems

G. Ausiello, M. Lucertini
This book is unavailable in your country
Book details
Table of contents

Combinatorial problems have been from the very beginning part of the history of mathematics. By the Sixties, the main classes of combinatorial problems had been defined. During that decade, a great number of research contributions in graph theory had been produced, which laid the foundations for most of the research in graph optimization in the following years. During the Seventies, a large number of special purpose models were developed.

The impressive growth of this field since has been strongly determined by the demand of applications and influenced by the technological increases in computing power and the availability of data and software. The availability of such basic tools has led to the feasibility of the exact or well approximate solution of large scale realistic combinatorial optimization problems and has created a number of new combinatorial problems.