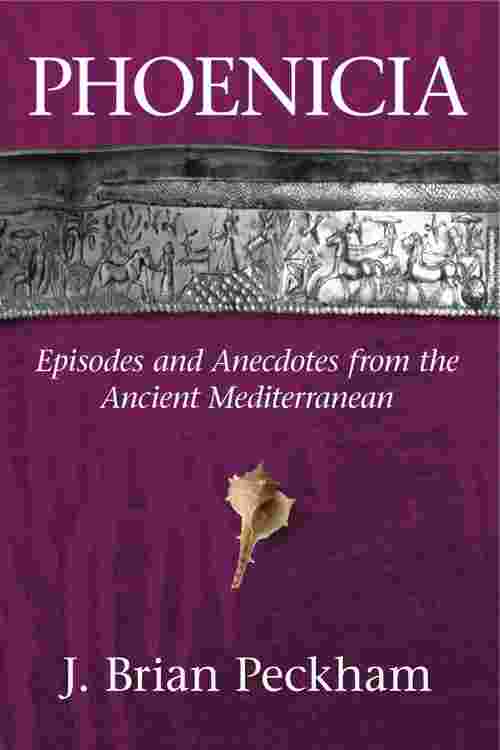 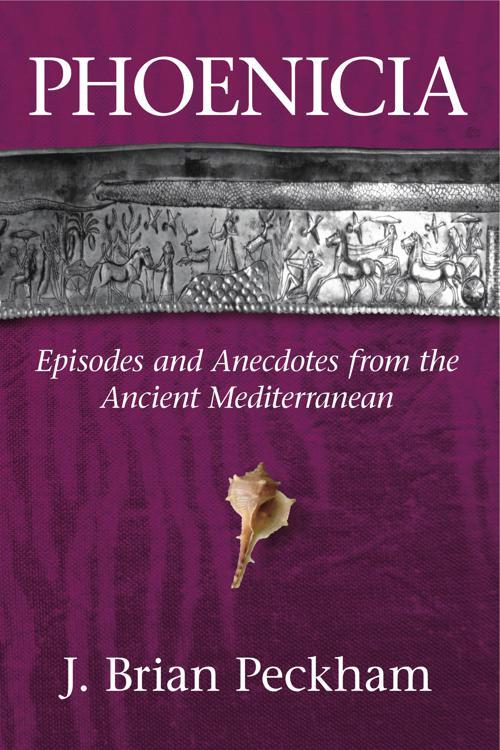 Phoenicia has long been known as the homeland of the Mediterranean seafarers who gave the Greeks their alphabet. But along with this fairly well-known reality, many mysteries remain, in part because the record of the coastal cities and regions that the people of Phoenicia inhabited is fragmentary and episodic.

In this magnum opus, the late Brian Peckham examines all of the evidence currently available to paint as complete a portrait as is possible of the land, its history, its people, and its culture. In fact, it was not the Phoenicians but the Canaanites who invented the alphabet; what distinguished the Phoenicians in their turn was the transmission of the alphabet, which was a revolutionary invention, to everyone they met. The Phoenicians were traders and merchants, the Tyrians especially, thriving in the back-and-forth of barter in copper for Levantine produce. They were artists, especially the Sidonians, known for gold and silver masterpieces engraved with scenes from the stories they told and which they exchanged for iron and eventually steel; and they were builders, like the Byblians, who taught the alphabet and numbers as elements of their trade.

When the Greeks went west, the Phoenicians went with them. Italy was the first destination; settlements in Spain eventually followed; but Carthage in North Africa was a uniquely Phoenician foundation. The Atlantic Spanish settlements retained their Phoenician character, but the Mediterranean settlements in Spain, Sicily, Sardinia, and Malta were quickly converted into resource centers for the North African colony of Carthage, a colony that came to eclipse the influence of the Levantine coastal city-states. An emerging independent Western Phoenicia left Tyre free to consolidate its hegemony in the East. It became the sole west-Asiatic agent of the Assyrian Empire. But then the Babylonians let it all slip away; and the Persians, intent on war and world domination, wasted their own and everyone’s time trying to dominate the irascible and indomitable Greeks. The Punic West (Carthage) made the same mistake until it was handed off to the Romans. But Phoenicia had been born in a Greek matrix and in time had the sense and good grace to slip quietly into the dominant and sustaining Occidental culture.

This complicated history shows up in episodes and anecdotes along a frangible and fractured timeline. Individual men and women come forward in their artifacts, amulets, or seals. There are king lists and alliances, companies, and city assemblies. Years or centuries are skipped in the twinkling of any eye and only occasionally recovered. Phoenicia, like all history, is a construct, a product of historiography, an answer to questions. The history of Phoenicia is the history of its cities in relationship to each other and to the peoples, cities, and kingdoms who nourished their curiosity and their ambition. It is written by deduction and extrapolation, by shaping hard data into malleable evidence, by working from the peripheries of their worlds to the centers where they lived, by trying to uncover their mentalities, plans, beliefs, suppositions, and dreams in the residue of their products and accomplishments. For this reason, the subtitle, Episodes and Anecdotes from the Ancient Mediterranean, is a particularly appropriate description of Peckham’s masterful (posthumous) volume, the fruit of a lifetime of research into the history and culture of the Phoenicians.