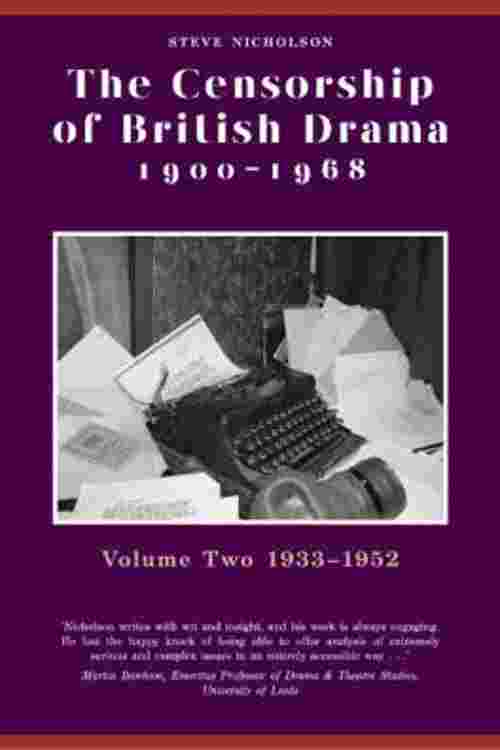 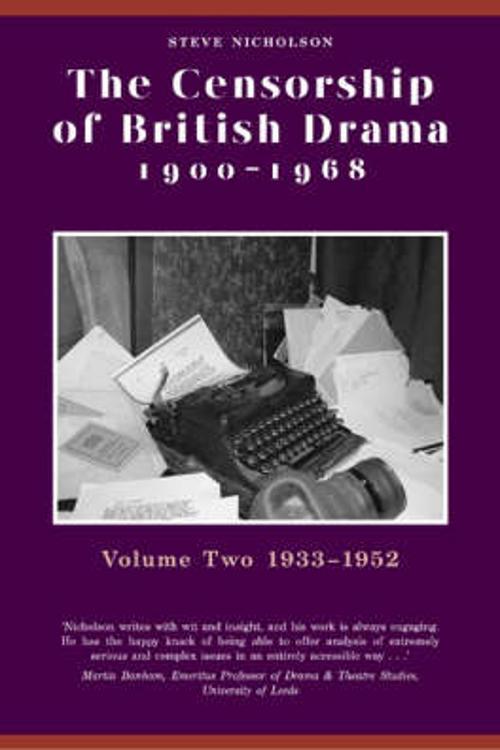 This is the second volume in a new paperback edition of Steve Nicholson's well-reviewed four-volume analysis of British theatre censorship from 1900-1968, based on previously undocumented material in the Lord Chamberlain's Correspondence Archives in the British Library and the Royal Archives at Windsor. It covers the period from 1933 to 1952, and focuses on theatre censorship during the period before the outbreak of the Second World War, during the war itself, and in the immediate post-war period. The focus is primarily on political and moral censorship. The book documents and analyses the control exercised by the Lord Chamberlain. It also reviews the pressures exerted on him and on the theatre by the government, the monarch, the Church, foreign embassies and by influential public figures and organisations.

This new edition includes a contextualising timeline for those readers who are unfamiliar with the period, and a new preface.