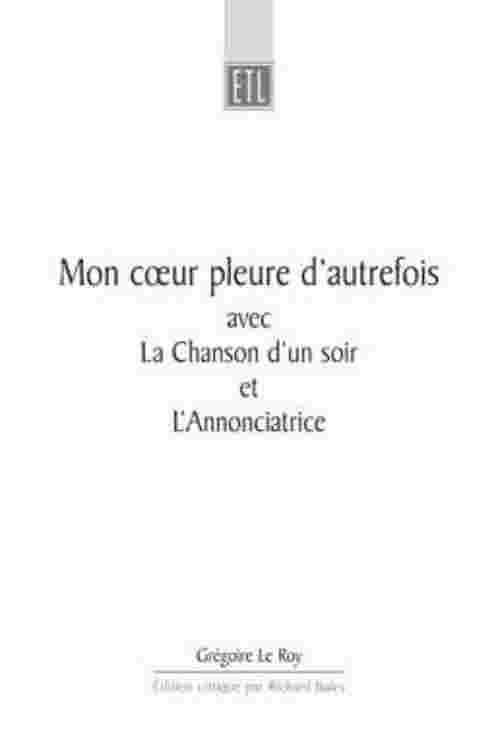 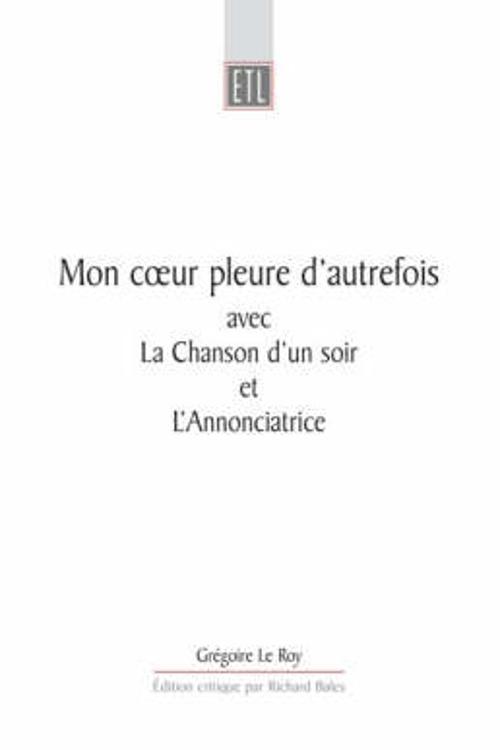 Grégoire Le Roy was at school in Ghent with Maeterlinck and Van Leberghe, and grew up in the same atmosphere of intellectual ferment. His first collection of published verse just pre-dates Maeterlinck’s Serres chaudes. His fin-de-siècle poetry was highly considered at the time of its first appearance, and was widely published in reviews. He treats all the major themes of the period, with special emphasis on a melancholy tone, half-tint landscapes, overt musicality, and (almost obsessively) the destructive nature of time.

This is the first edition since their original publication in 1889 and 1907 of the three collections of poems by a significant member of the Belgian Symbolist school.

Republishing Le Roy’s early work is an important step in recreating an accurate intellectual portrait of an important and influential movement.