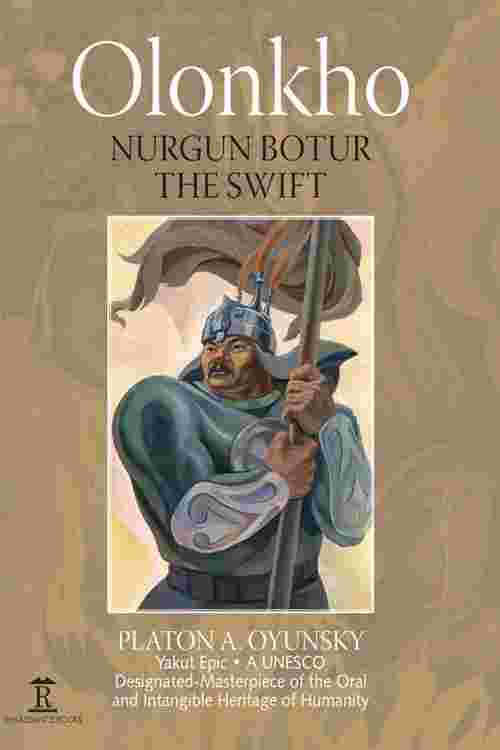 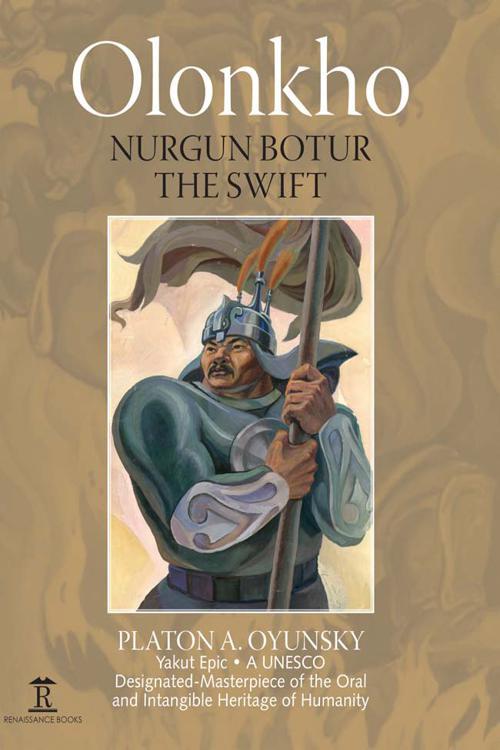 Olonkho is the general name for the entire Yakut heroic epic that consists of many long legends – one of the longest being 'Nurgun Botur the Swift' consisting of some 36, 000 lines of verse, published here. Like Homer's Iliad and Odyssey, the Finnish Kalevala, the Buryat Geser, and the Kirghiz Manas, the Yakut Olonkho is an epic of a very ancient origin dating back to the period – possibly as early as the eighth or ninth centuries – when the ancestors of the present-day Yakut peoples lived on their former homeland and closely communicated with the Turkic and Mongolian peoples living in the Altay and Sayan regions. As with all Olonkho stories the hero – in this story Nurgun Botur the Swift – and his tribe are heaven-born, hence his people are referred to as 'Aiyy kin' (the deity's relatives). Naturally, too, on account of his vital role (in saving his people from destruction and oblivion by evil, many-legged, fire-breathing, one-armed, one legged Cyclops-type monsters – the Devil's relatives representing all possible sins), he is depicted not only as strong, but also a handsome, remarkably athletic and incredibly brave and well-built man 'as swift as an arrow', but also with an uncontrollable temper when required.