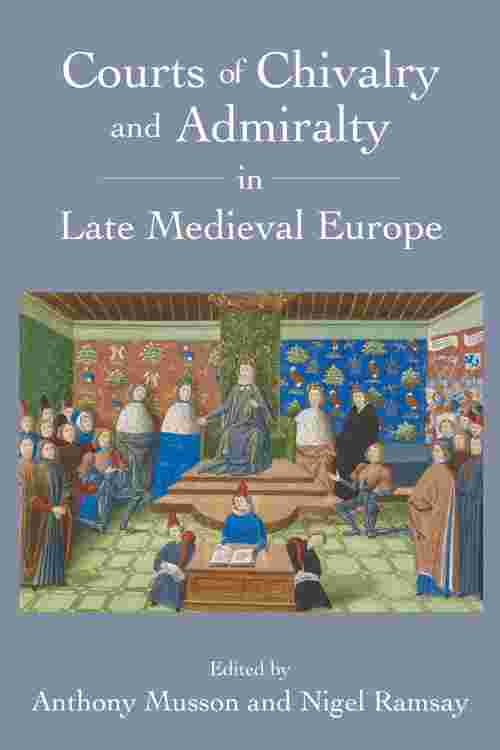 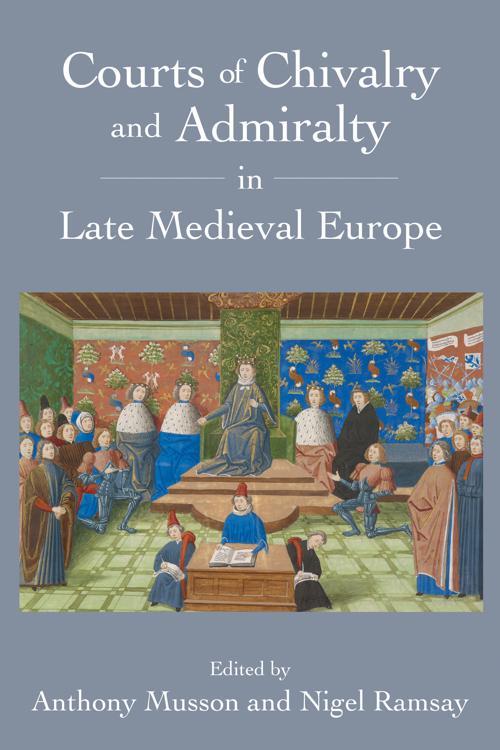 The wars waged by the English in France during the fourteenth and fifteenth centuries led to the need for judicial agencies which could deal with disputes that arose on land and sea, beyond the reach of indigenous laws. This led to the jurisdictional development of the Courts of Chivalry and Admiralty, presiding over respectively heraldic and maritime disputes. They were thus of considerable importance in the Middle Ages; but they have attracted comparatively little scholarly attention. The essays here examine their officers, proceedings and the wider cultural and political context in which they had jurisdiction and operated in later medieval Western Europe. They reveal similarities in personnel, institutions and outlook, as well as in the issues confronting rulers in territories across Europe. They also demonstrate how assertions of sovereignty and challenges to judicial competence were inextricably linked to complex political agendas; and that both military and maritime law were international in reach because they were underpinned by trans-national customs and the principles and procedures of Continental civil law. Combining law with military and maritime history, and discussing the art and material culture of chivalric disputes as well as their associated heraldry, the volume provides fresh new insights into an important area of medieval life and culture. Anthony Musson is Head of Research at Historic Royal Palaces; Nigel Ramsay is Honorary Senior Research Associate in the Department of History at University College London. Contributors: Andrew Ayton, Richard Barber, John Ford, Laurent Hablot, Thomas K. Heebøll-Holm, Julian Luxford, Ralph Moffat, Philip Morgan, Bertrand Schnerb, Anne F. Sutton, Lorenzo Tanzini.