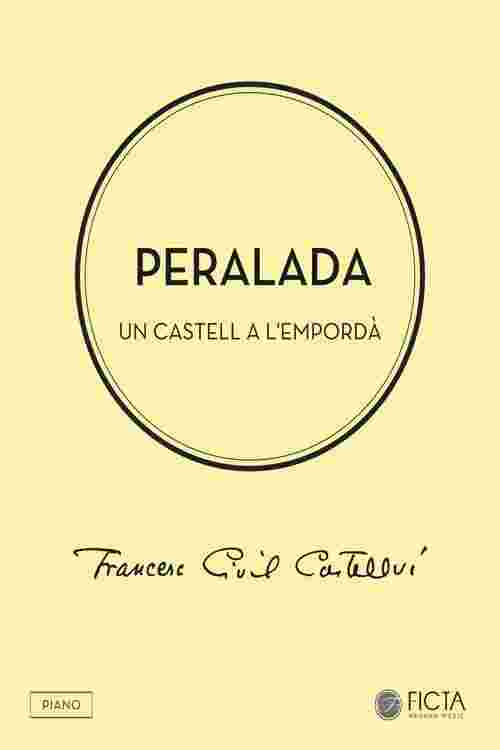 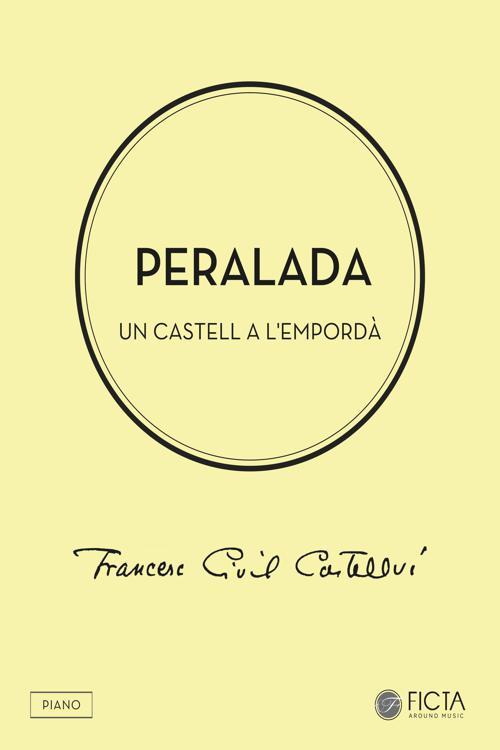 Structured as four numbers in the end, the Peralada suite expresses the impact made by these visits through four "impressions forpiano" (as indicated in the subtitle of the work). Indeed, it is the composer's most "impressionist" work, as it seeks to reflect, through memory, the sensations aroused by the contemplation of the landscape. At the same time, it is a compendium of his mastery and art at its apogee.The cycle starts with "El parc", a revised, definitive version of the original "Le Bois". The piece is a veritable musical poem, passing like a sigh between murmurs and vaporous sounds produced by a markedly Debussian score. On a harmonic pedal used from the beginning to the end, blocks of chords rub together, free from any tonal relationship, to produce an unreal atmosphere. The wind crosses the landscape from timeto time, carrying with it the echo of remote melodies.In "El castell, el castellar i la castellana" (The Castle, the Lord of the Castle andthe Castilian Girl), a theme with an archaic character in the style of a knightly march, he suggests a new mood reminiscent of medievaltimes. An indisputably Wagnerian melody immediately evokes the vision of the hero, embodied by intentionally conventional piano scoring. A sudden, very cinematic change of plan (the composer was a great fan of cinema) introduces a third more tender and anxious theme (the Castilian Girl). With a return to the initial epic, the piece ends triumphantly in an undeniably "cinematic" finale with the ringing of bells into the bargain. "Oració a la Verge Carmelitana" (Prayer to the Carmelite Virgin) shifts the scenario to the church of Our Lady of Mount Carmel next to the castle.A first theme, ideal for the harmonium, calls the congregation to prayer. The large number and diverse nature of the melodies that followseems to suggest a wide range of prayers and supplications. In a veritable pianistic tour of force the suite finishes with "Nimfes en el jardí" (Nymphs in the garden). Written in the style of a scherzo féerique, the piece seems to go beyond the strict form of the rondo on which it is based and fades out leaving a decidedly dreamlike sensation.