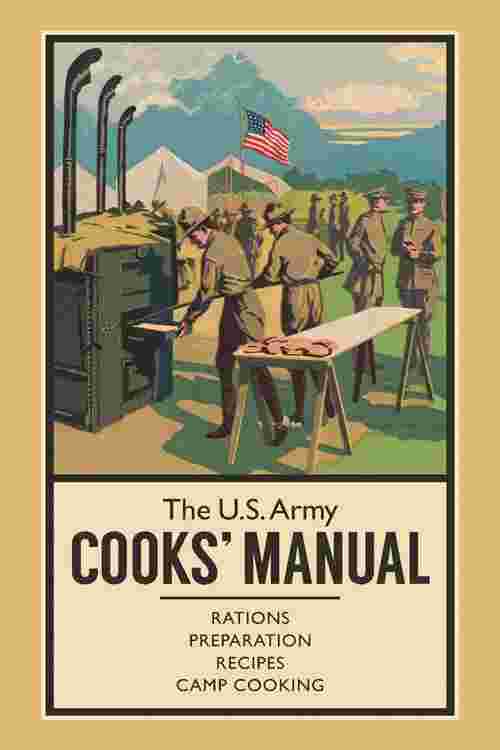 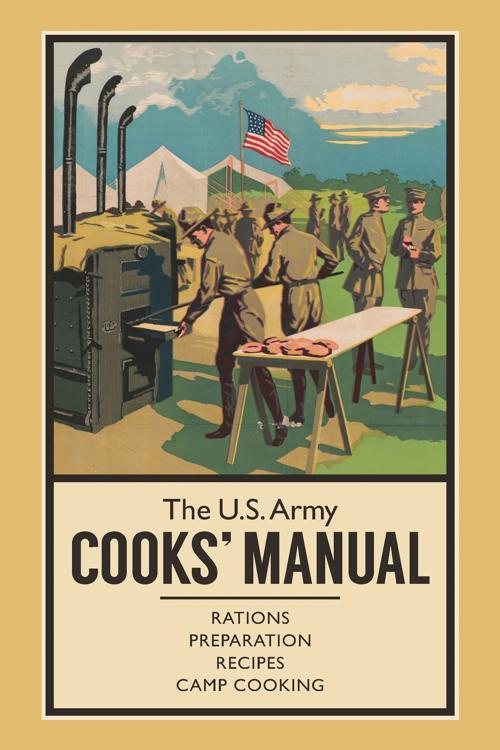 This compendium of US Army cooking manuals features recipes, camp cooking tips, and more from the Revolutionary War to WWI.

This collection of excerpts from US Army cooking manuals illustrates how America fed its troops from the late eighteenth century to the early twentieth, offering a glimpse of what daily life was like for those preparing and consuming the rations. With an introduction explaining the historical background, this is a fascinating and fun exploration of American army cooking, with a dash of inspiration for feeding your own army!

Beginning with a manual from 1775, you will learn how the Continental Congress kept its Patriot forces fed. A manual from 1896 prepares Army cooks for any eventuality—whether in the garrison, in the field, or on the march—with instructions on everything from butchery and preserving meat to organizing food service and cleaning utensils. Along with classic American fare such as chowder, hash, and pancakes, it also includes recipes for Crimean kebabs, Turkish pilau, and tamales.

In contrast, a 1916 manual offers a detailed consideration of nutrition and what must be one of the first calorie counters. Instructions are given on how to assemble a field range in a trench or on a train. Among the more unusual recipes are head cheese—meat stew made from scraps—and pickled pigsfeet. Later manuals produced during WWI include baking recipes for breads and cakes, as well as how to cook dehydrated products.

“Culinary and military historians will equally find this a valuable resource.” — Booklist