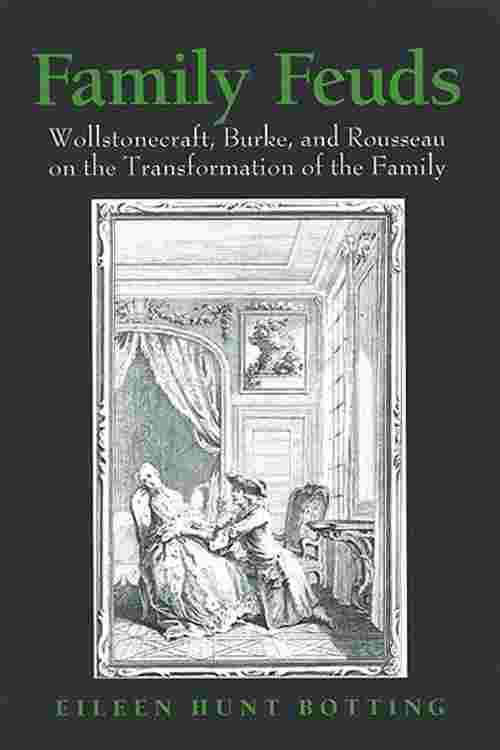 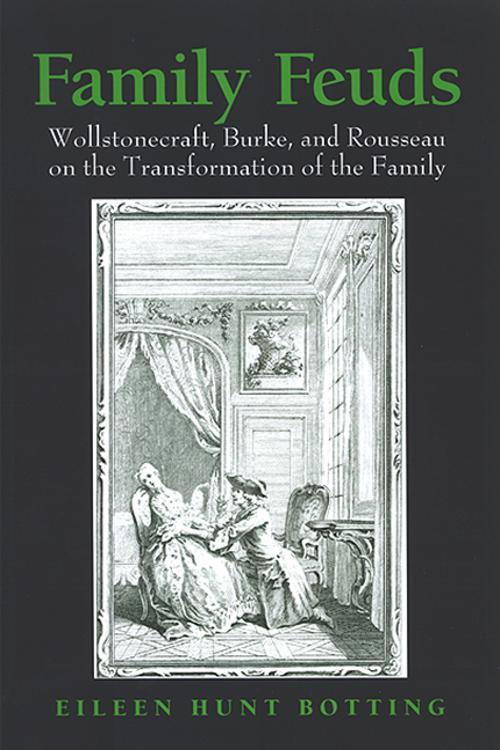 Compares the role of the family in the political thought of Rousseau, Burke, and Wollstonecraft. Family Feuds is the first sustained comparative study of the place of the family in the political thought of Jean-Jacques Rousseau, Edmund Burke, and Mary Wollstonecraft. Eileen Hunt Botting argues that Wollstonecraft recognized both Rousseau's and Burke's influential stature in late eighteenth-century debates about the family. Wollstonecraft critically identified them as philosophical and political partners in the defense of the patriarchal structure of the family, yet she used Rousseau's conceptions of childhood education and maternal empowerment and Burke's understanding of the family as the affective basis for political socialization as a theoretical foundation for her own egalitarian vision of the family. It is this ideal of the egalitarian family, Botting contends, that is one of the most important yet least appreciated legacies of Enlightenment political thought. Eileen Hunt Botting is Thomas J. and Robert T. Rolfs Assistant Professor of Political Science at the University of Notre Dame.