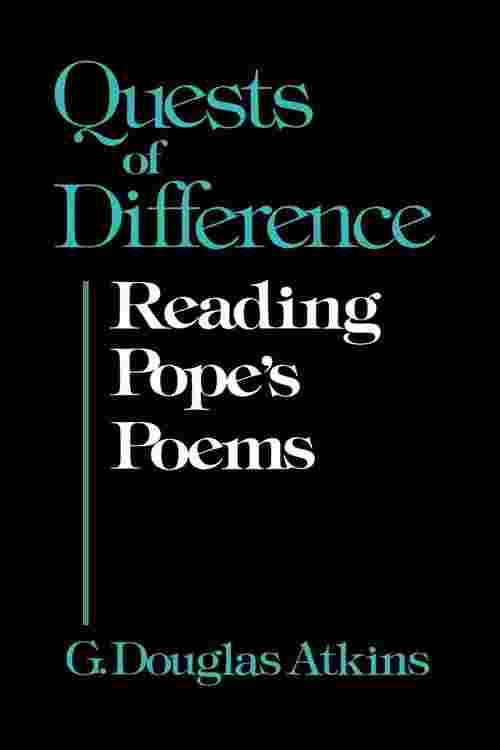 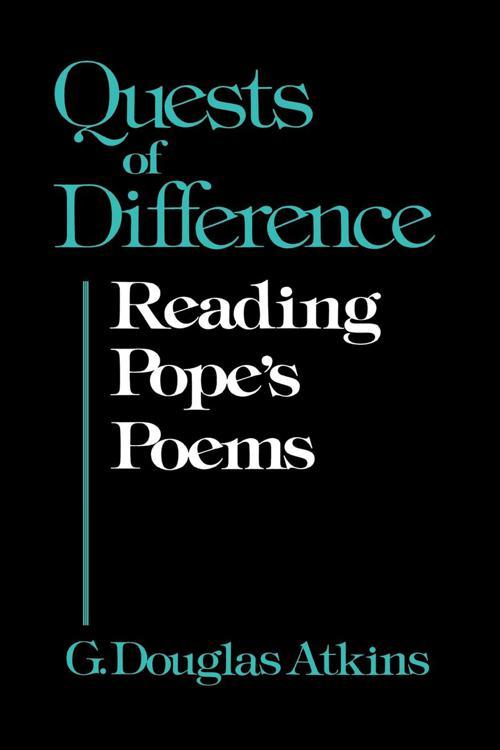 In this eminently readable book, G. Douglas Atkins continues the efforts undertaken in Reading Deconstruction/Deconstructive Reading to open eighteenth-century texts to the insights of recent critical theory. Through close readings of most of Pope's major poems, Atkins demonstrates how the powerful theoretical movement known as deconstruction enriches, challenges, and significantly modifies our understanding of the work of the greatest poet of the eighteenth century. The first full-scale deconstructive study of Augustan poetry, Quests of Difference at once offers a fresh and compelling reading of Pope and makes an important contribution to constructive criticism.

Though it will be of particular interest and importance to specialists in both eighteenth-century studies and criticism and theory, Quests of Difference is written with the general reader in mind. All readers will appreciate the intelligence and balance of Atkin's approach as well as the clarity, informality, and grace that distinguish his writing.