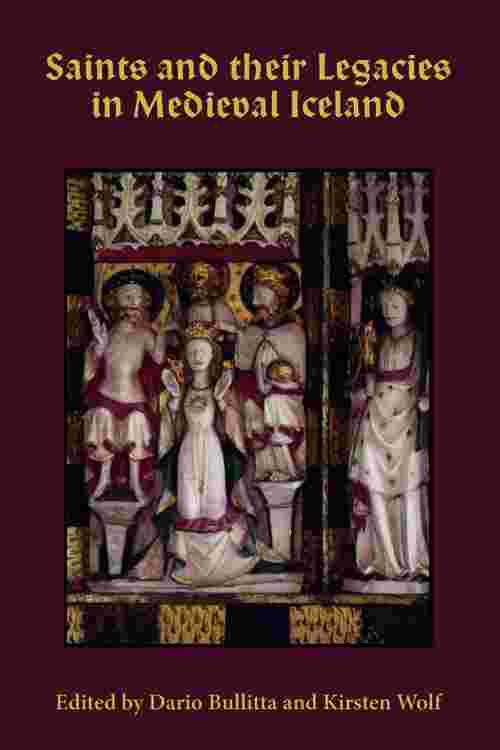 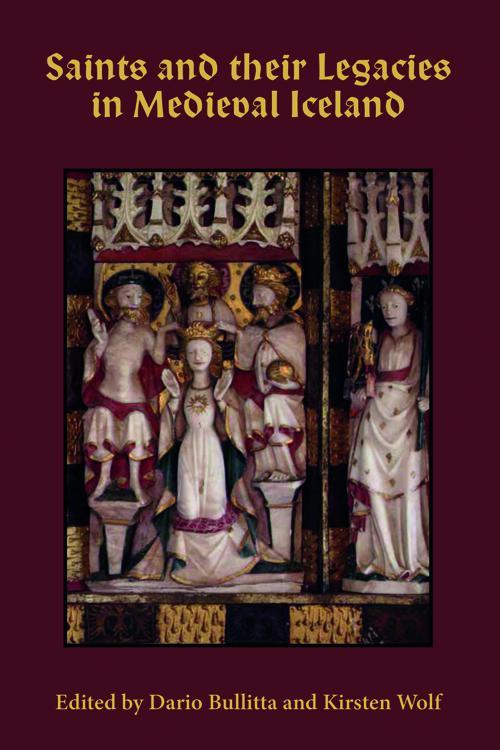 Icelanders venerated numerous saints, both indigenous and from overseas, in the Middle Ages. However, although its literary elite was well acquainted with contemporary Continental currents in hagiographic compositions, theological discussions, and worship practices, much of the history of the learned European networks through which the Icelandic cult of the saints developed and partially survived the Lutheran Reformation remains obscure.
The essays collected in this volume address this lacuna by exploring the legacies of the cult of some of the most prominent saints and holy men in medieval Iceland (the Virgin Mary along with SS Agnes of Rome, Benedict of Nursia, Catherine of Alexandria, Dominic of Caleruega, Michael the Archangel, Jón of Hólar, Þorlákr of Skálholt, Lárentíus of Hólar, and Guðmundr the Good), using evidence drawn from Old Norse-Icelandic and Latin hagiographic literature, homilies, prayers, diplomas, sacred art, place-names, and church dedications. By placing the medieval Icelandic cult of the saints within its wider European context, the contributions trace new historical routes of cultural transmission and define the creative processes of the accommodation and adaptation of foreign hagiographic sources and models in medieval and early modern Iceland. They provide a clear picture of an Icelandic hagiographic literature and culture that celebrates the splendour of the saints; they also show how an engaging literary genre, which became immensely popular on the island throughout the Middle Ages and beyond, was created.
DARIO BULLITTA is Assistant Professor in Germanic Philology in the Department of Humanities at the University of Turin; KIRSTEN WOLF is the Birgit Baldwin Professor in the Department of German, Nordic, and Slavic at the University of Wisconsin-Madison.
Contributors: Haki Antonsson, Simonetta Battista, Dario Bullitta, Mauro Camiz, Margaret Cormack, Ásdís Egilsdóttir, Fulvio Ferrari, Gottskálk Jensson, Stephen Pelle, Helgi Þorláksson, Natalie M. Van Deusen, Kirsten Wolf.