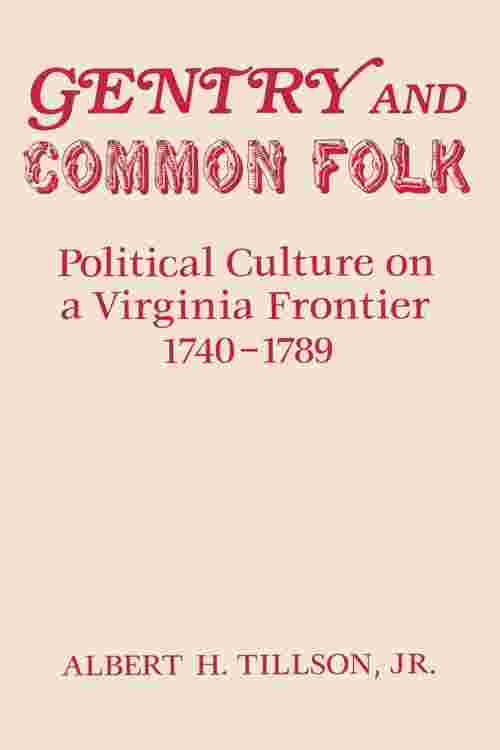 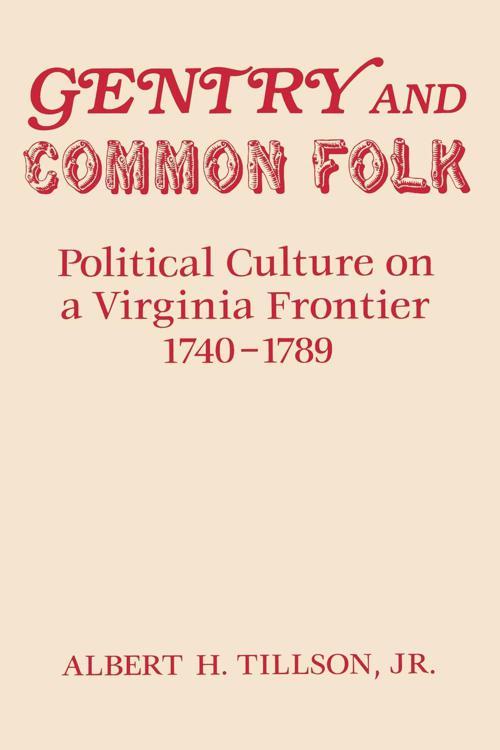 In the late eighteenth century, the Upper Valley of Virginia experienced a conflict between the elitist culture of the gentry and the more republican values of the populace. Albert Tillson addresses here several major issues in historical scholarship on Virginia and the southern backcountry, focusing on changing political values in the late colonial and Revolutionary eras.

In the colonial period, Tillson shows, the Upper Valley's deferential culture was much less pervasive than has often been suggested. Although the gentry maintained elitist values in the county courts and some other political arenas, much of the populace rejected their leadership, especially in the militia and other defense activities. Such dissent indicates the beginnings of an alternative political culture, one based on the economic realities of small-scale agriculture, the preference for less hierarchical styles of leadership, and a stronger attachment to local neighborhoods than to county, colony, or empire.

Despite the strength of this division, the Upper Valley experienced less disorder than many other areas of the southern backcountry. Tillson attributes this in part to the close ties between the elite and provincial authorities, in part to their willingness to compromise with popular dissidents. Indeed, many of the subsidiary leaders in direct contact with local neighborhoods and militia training companies came to act as intermediaries between their superiors and popular groups.

As Tillson shows, the events and ideology of the Revolutionary period interacted to transform the region's political culture. By creating tremendous demands for manpower and economic support, the war led to greater discontent and forced regional leaders to make substantial concessions to popular sentiment. The republican ideology sanctioned by the Revolution not only justified these concessions but also legitimated popular support for challenges to established leaders and institutions.