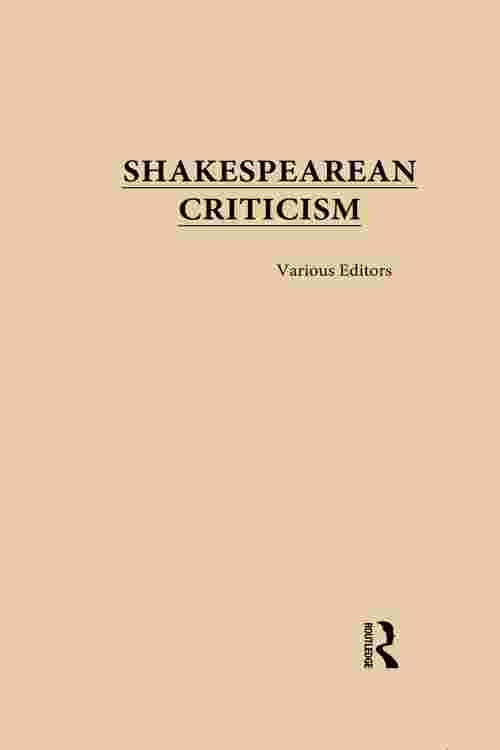 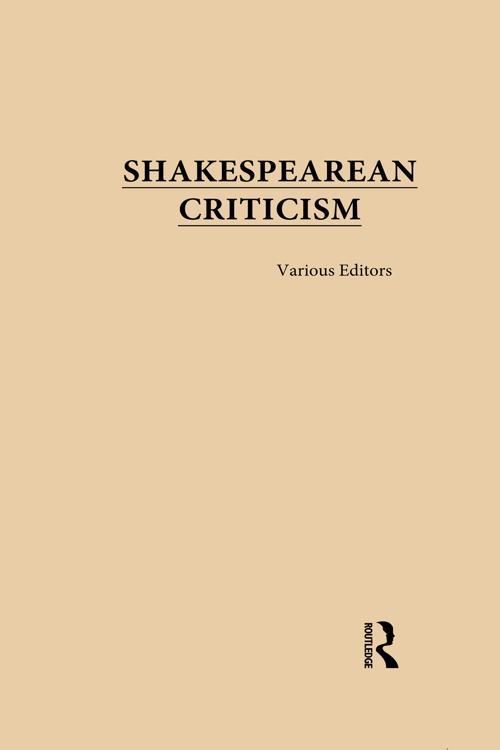 Reissuing works originally published between 1984 and 1995, this set brings back into print early volumes from the Shakespearean Criticism Series originally edited by Joseph Price.

The books present selections of renowned scholarship on each play, touching on performances as well as the dramatic literature. The pieces included are a mixture of influential historical criticism, more modern interpretations and enlightening reviews, most of which were published in wide-spread places before these compilations were first made. Companions to the plays, these books showcase critical opinion and scholarly debate.