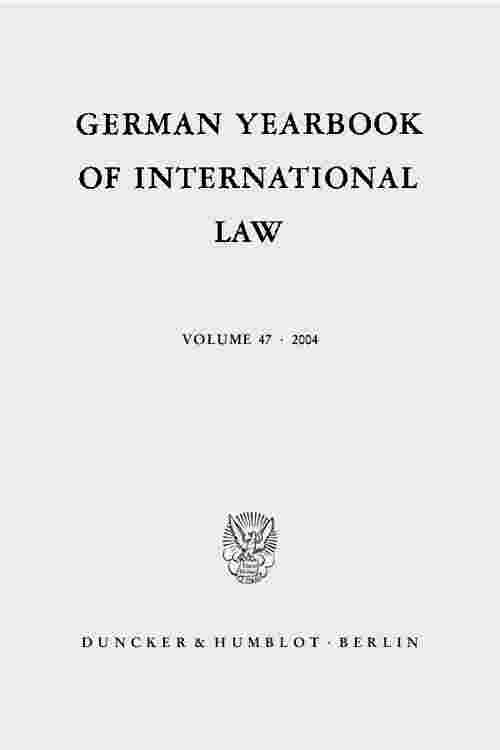 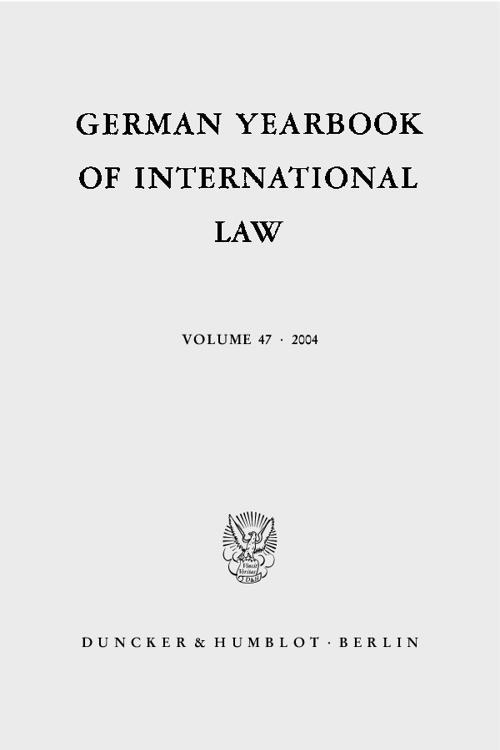 The German Yearbook of International Law was founded in 1948 as the "Jahrbuch für Internationales Recht" by Rudolf Laun and Hermann von Mangoldt and is now edited by the Institute for International Law at the University of Kiel. Since its inception it has endeavoured to contribute to the development of international law. Originally it has done this mainly by providing German scholars with an opportunity to publish the results of their works, but increasingly also by offering an international forum.In view of the desirability of obtaining for the Yearbook the largest possible international audience, the editors in 1976 have decided to use the present English title and to accept for publication preferably contributions written in English, or - to a lesser degree - in French. Naturally, the Yearbook also contains contributions written in German. This policy to overcome traditional language barriers appears to have proven successful both in informing the international law community about research done in German academic institutions and in presenting international viewpoints on various topics to the German audience.The Yearbook provides an annual report on the work of international organizations and bodies including the International Court of Justice and the European Court and Commission of Human Rights. Fully aware of the paramount importance of practical aspects in this field, the editors from the beginning also have sought to include contributions from practitioners of international law.