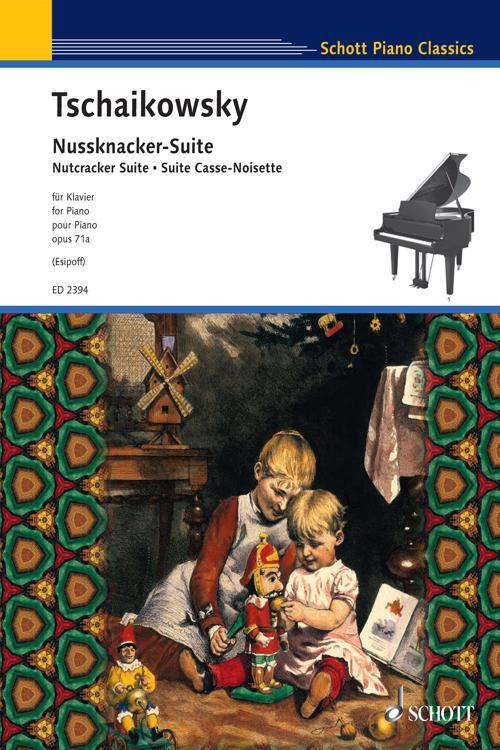 The Nutcracker Suite is a piano arrangement of the concert version of the ballet of that name. Tchaikovsky used only part of the music for the ballet in the suite. The Overture and the March, which is the most important of the characteristic dances in the Suite, come from the first act of the ballet. The remaining dances originate from the second act. They are: The Dance of the Sugar Plum Fairy, in which the leading part is, in the original composition, played typically by the celeste almost all the way through; the fiery Russian "Trepak" which reminds us of Tchaikovsky's national origins; the Arab Dance tinged with a gentle melancholy; the Chinese Dance with its ostinato triple rhythm; the graceful Dance of the Reed Flutes; and finally the longest piece in the Suite: the Waltz of the Flowers in which Tchaikovsky, writing in the penultimate year of his life, showed his musical affinity with Johann Strauss.The Nutcracker Suite was performed for the first time, with great success, on 7 March 1892 at the Ninth Symphony Concert of the Russian Musical Society in St Petersburg.