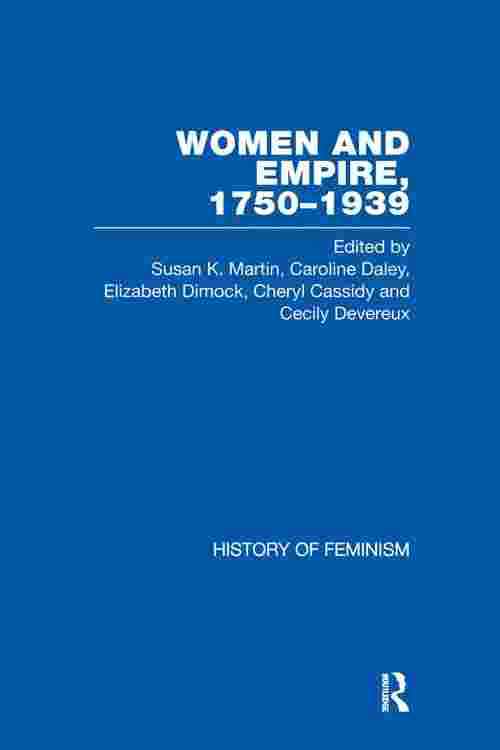 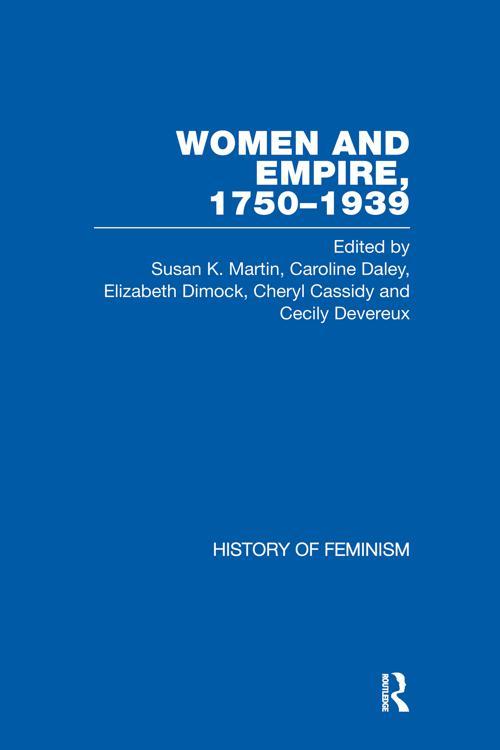 First published in 2008. Women and Empire, 1750-1939 functions to extend significantly the range of the History of Feminism series (co-published by Routledge and Edition Synapse), bringing together the histories of British and American women's emancipation, represented in earlier sets, into juxtaposition with histories produced by different kinds of imperial and colonial governments. The alignment of writings from a range of Anglo-imperial contexts reveals the overlapping histories and problems, while foregrounding cultural specificities and contextual inflections of imperialism. The volumes focus on countries, regions, or continents formerly colonized (in part) by Britain: Volume I: Australia, Volume II: New Zealand, Volume III: Africa, Volume IV: India, Volume V: Canada. Perhaps the most novel aspect of this collection is its capacity to highlight the common aspects of the functions of empire in their impact on women and their production of gender, and conversely, to demonstrate the actual specificity of particular regional manifestations. Concerning questions of power, gender, class and race, this new Routledge-Edition Synapse Major Work will be of particular interest to scholars and students of imperialism, colonization, women's history, and women's writing.