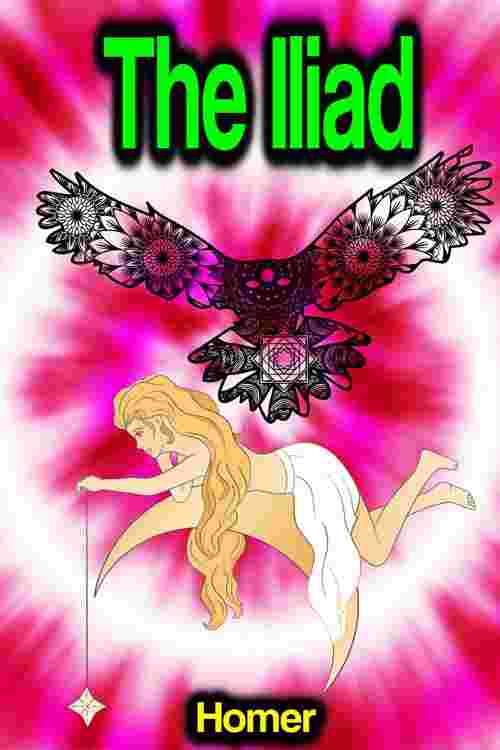 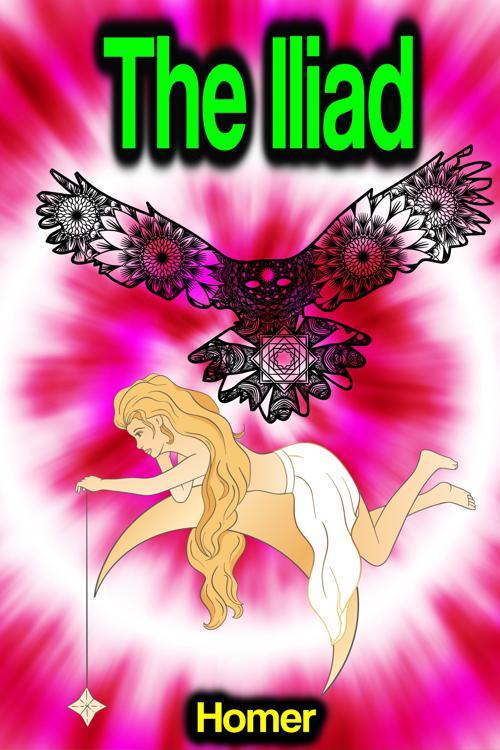 The Iliad - Homer - The Iliad Ancient Greek: romanized: Iliás, Attic Greek: sometimes referred to as the Song of Ilion or Song of Ilium) is an ancient Greek epic poem in dactylic hexameter, traditionally attributed to Homer. Usually considered to have been written down circa the 8th century BC, the Iliad is among the oldest extant works of Western literature, along with the Odyssey, another epic poem attributed to Homer, which tells of Odysseus's experiences after the events of the Iliad. In the modern vulgate (the standard accepted version), the Iliad contains 15, 693 lines, divided into 24 books; it is written in Homeric Greek, a literary amalgam of Ionic Greek and other dialects. It is usually grouped in the Epic Cycle.Set during the Trojan War, the ten-year siege of the city of Troy (Ilium) by a coalition of Mycenaean Greek states (Achaeans), it tells of the battles and events during the weeks of a quarrel between King Agamemnon and the warrior Achilles.Although the story covers only a few weeks in the final year of the war, the Iliad mentions or alludes to many of the Greek legends about the siege; the earlier events, such as the gathering of warriors for the siege, the cause of the war, and related concerns, tend to appear near the beginning. Then the epic narrative takes up events prophesied for the future, such as Achilles's imminent death and the fall of Troy, although the narrative ends before these events take place. However, as these events are prefigured and alluded to more and more vividly, when it reaches an end, the poem has told a more or less complete tale of the Trojan War.The story begins with an invocation to the Muse. The events begin in medias res towards the end of the Trojan War, fought between the Trojans and the besieging Achaeans. The Achaean forces consist of armies from many different Greek kingdoms, led by their respective kings or princes. Agamemnon, king of Mycenae, acts as commander for these united armies.Chryses, a Trojan priest of Apollo, offers the Achaeans wealth for the return of his daughter Chryseis, held captive by Agamemnon. Although most of the Achaean kings are in favor of the offer, Agamemnon refuses. Chryses prays for Apollo's help, and Apollo sends a plague to afflict the Achaean army. After nine days of plague, Achilles, the leader of the Myrmidon forces and aristos achaion ("best of the Greeks"), calls an assembly to deal with the problem. Under pressure, Agamemnon agrees to return Chryseis to her father, but decides to take Achilles' captive, Briseis, as compensation. Because war prizes were correlated with honor, Agamemnon's decision dishonors Achilles in front of the assembled Achaean forces. Achilles furiously declares that he and his men will no longer fight for Agamemnon. Odysseus returns Chryseis to her father, causing Apollo to end the plague.

Citation styles for The IliadHow to cite The Iliad for your reference list or bibliography: select your referencing style from the list below and hit 'copy' to generate a citation. If your style isn't in the list, you can start a free trial to access over 20 additional styles from the Perlego eReader.
APA 6 Citation
Homer. (2022). The Iliad (1st ed.). tredition. Retrieved from https://www.perlego.com/book/3510045/the-iliad-pdf (Original work published 2022)
Chicago Citation
Homer. (2022) 2022. The Iliad. 1st ed. tredition. https://www.perlego.com/book/3510045/the-iliad-pdf.
Harvard Citation
Homer (2022) The Iliad. 1st edn. tredition. Available at: https://www.perlego.com/book/3510045/the-iliad-pdf (Accessed: 8 February 2023).
MLA 7 Citation
Homer. The Iliad. 1st ed. tredition, 2022. Web. 8 Feb. 2023.
We use cookies to collect information about how you use Perlego. For more information about the different cookies we are using, read the Privacy Policy.
Customise