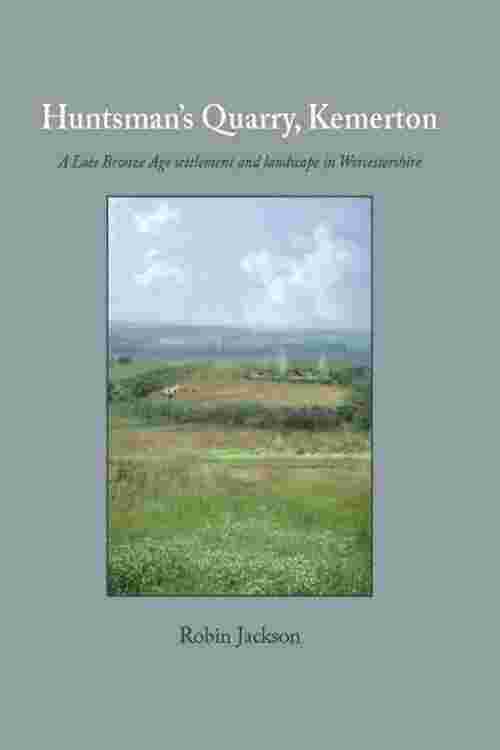 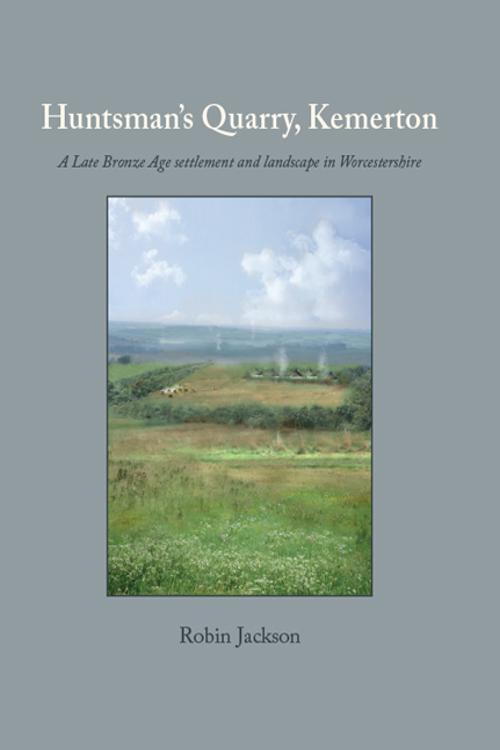 Archaeological investigations at Huntsman’s Quarry, Kemerton, south Worcestershire during 1995-6 recorded significant Late Bronze Age occupation areas and field systems spreading across more than 8 hectares. Limited evidence for Upper Palaeolithic, Mesolithic, Neolithic and Beaker activity was also recovered together with an Early Bronze Age ring-ditch.
Waterholes and associated round-houses, structures and pits were set within landscape of fields and droveways radiocarbon dated to the 12th–11th centuries cal BC. Elements of this field system probably predated the settlement. Substantial artifactual and ecofactual assemblages were recovered from the upper fills of the waterholes and larger pits . The settlement had a predominantly pastoral economy supported by some textile and bronze production. Ceramics included a notable proportion of non-local fabrics demonstrating that the local population enjoyed a wide range of regional contacts. Wider ranging, national exchange networks were also indicated by the presence of shale objects as well as the supply of bronze for metalworking, perhaps indicative of a site of some social status. Together the evidence indicates a small settlement within which occupation of individual areas was short-lived with the focus of the settlement shifting on a regular basis. It is proposed that this occurred on a generational basis, with each generation setting up a new ‘homestead’ with an associated waterhole. The settlement can be compared favorably to those known along the Thames Valley but until now not recognized in this part of the country.
Cropmark evidence and limited other investigations indicate that the fields and droveways recorded represent a small fragment of a widespread system of boundaries established across the gravel terraces lying between Bredon Hill and the Carrant Brook. This managed and organized landscape appears to have been established for the maintenance of an economy primarily based on relatively intensive livestock farming; the trackways facilitating seasonal movement of stock between meadows alongside the Carrant Brook, the adjacent terraces and the higher land on Bredon Hill.