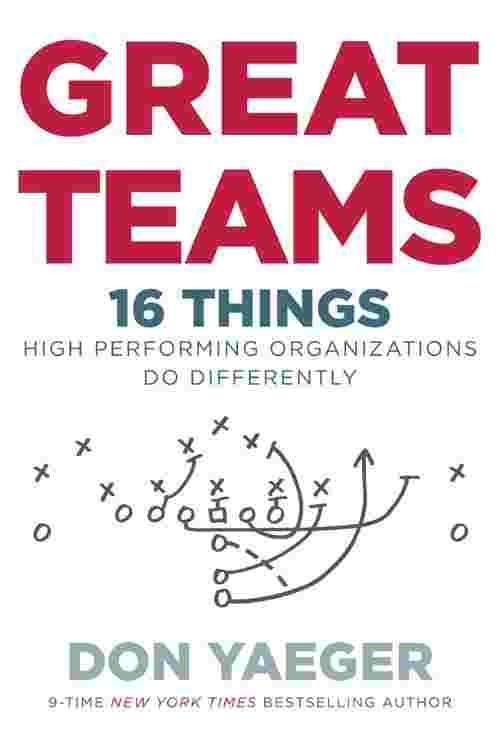 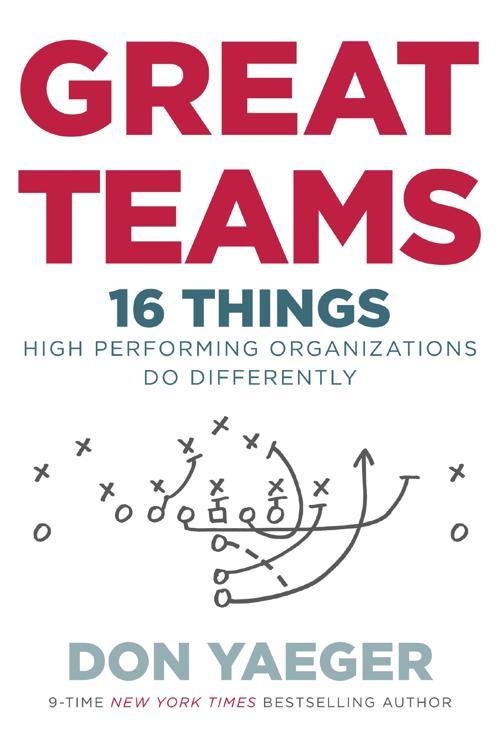 There is nothing more magical than watching a team come together, to manage adversity as a group, selflessly give to others, to find common purpose. Inspiring that to happen year-in and year-out is what keeps us in leadership. Don Yaeger has studied the best of the best. Now it is our turn to study this book.—Mike Krzyzewski, five-time NCAA Tournament Champion, two-time Olympic Gold Medal Winning Basketball coach, Duke University Men's BasketballWhat makes a team great? Not just good. Not just functional. But great?Over the last six years, long-time Sports Illustrated associate editor Don Yaeger has been invited by some of the greatest companies in the world to speak about the habits of high-performing individuals. Delivering an average of 80 keynote speeches per year, Don was approached by his most consistent client, Microsoft, to develop a talk on what allowed some teams to play at a championship level year after year. From Microsoft and Starbucks to the New England Patriots and San Antonio Spurs, what do some organizations do seemingly better than most all of their opponents?Don took the challenge. He began building into his travel schedule opportunities to interview our generation's greatest team builders from the sports and business worlds. During this process, he has conducted more than 100 interviews with some of the most successful teams and organizations in the country. From those interviews, Don has identified 16 habits that drive these high-performing teams.Building on the stories, examples, and first-hand accounts, each chapter in Great Teams comes with applicable examples on how to apply these characteristics in any organization. Great Teams is the ultimate intersection of the sports and business worlds and a powerful companion for thought leaders, teams, managers, and organizations that seek to perform similarly. The insight shared in this book is sure to enhance any team in its pursuit of excellence. Great Teams Understand the "Why"Great Teams Allow Culture to Shape Who They RecruitGreat Teams Run Successful HuddlesGreat Teams Manage Dysfunction, Friction, and Strong PersonalitiesGreat Teams See Value Others MissGreat Teams Know How to Win in Critical SituationsGreat Teams Embrace ChangeGreat Teams Build a Mentoring CultureGreat Teams Have a Rallying CryIt takes a special formula to construct championship quality teams and in this book by Don Yaeger you will be able to see how great teams are formulated. Don Yaeger is Awesome, baby, with a capital "A"! –Dick Vitale, Hall of Fame broadcaster, ESPN Everyone wants to work on or play on a Great Team. The differentiator I've noticed is that the best teams pay close attention to and protect their culture and their people. Don Yaeger shows in this book that the same lessons are true on the sporting fields. There's much to be learned within these pages and I know you'll enjoy.  –Gary Kelly, CEO and Chairman of Southwest Airlines There are so many parallels between building a great sports team and building a corporate one, not the least of which that great culture makes amazing things possible. Great Teams by Don Yaeger provides a roadmap for all of us...in either of those worlds.—GJ Hart, CEO, California Pizza Kitchen