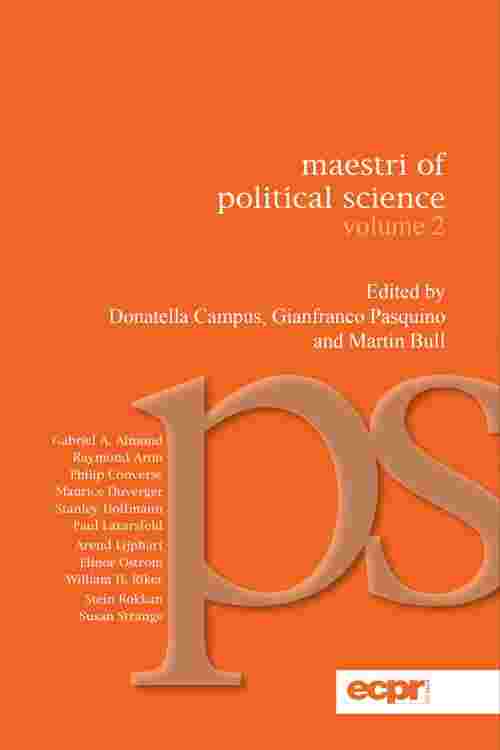 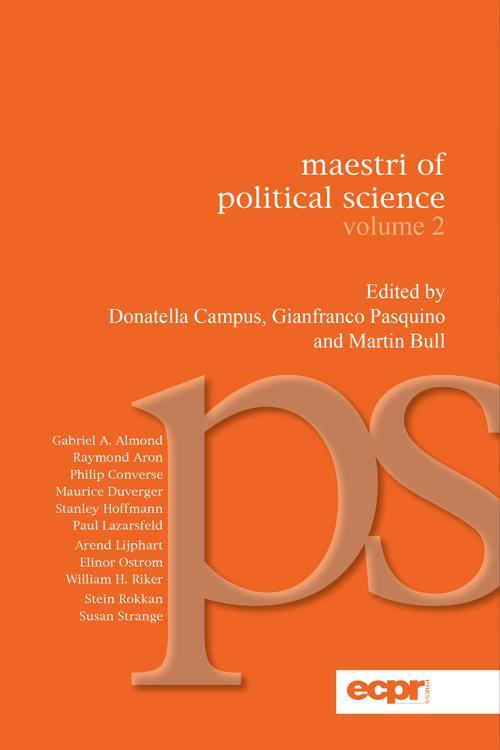 This book continues the editors' work (started in the volume "Masters of Political Science") of highlighting and re-evaluating the contributions of the most important political scientists who have gone before. Its basis is the belief that the future development and sophistication of the discipline will benefit from a critical understanding of the works of early political "giants" whose contributions are presented and analysed: Gabriel A. Almond, Raymond Aron, Philip Converse, Maurice Duverger, Stanley Hoffmann, Paul Lazarsfeld, Arend Lijphart, Elinor Ostrom, William H. Riker, Stein Rokkan and Susan Strange. The editors review and consider the contributions of these maestri to the study of contemporary democracy, political culture, electoral systems, political communication, the transformation of capitalism and state formation in Europe. Maestri of Political Science is aimed not only at a new generation of political scientists but is a valuable opportunity for established scholars to see new light through old windows.