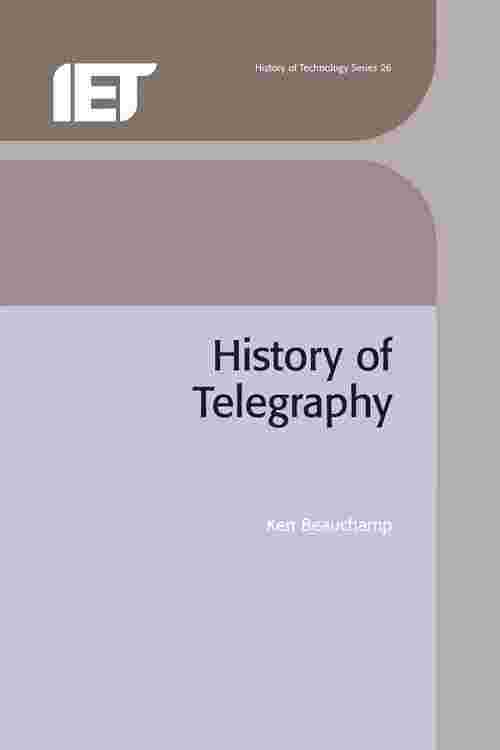 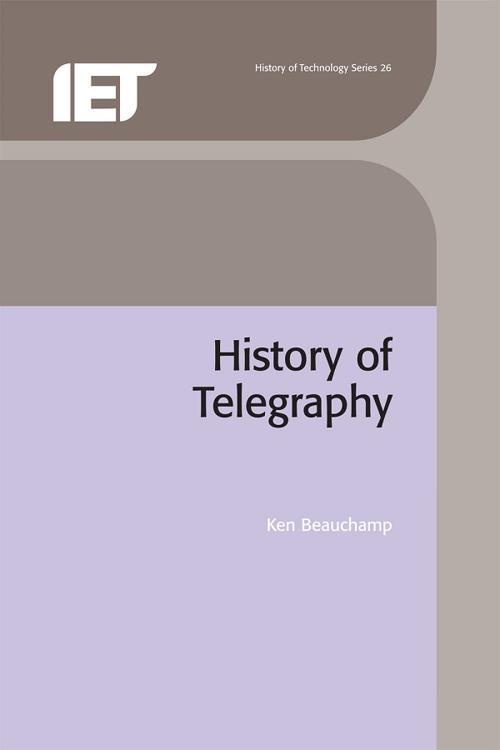 A dominating theme of the 21st Century will be the transmission and processing of information as the global network of communication channels continues to develop. The emergence of today's digital communications technology owes much to the growth of telegraphy in the 19th and 20th Centuries. The realisation of cheap long-distance communication using telegraphy stimulated the initial design and development of coded transmissions that proved vital in both World Wars for use on land, sea, and in the air. Methods of data compaction, coding and encryption in modern communication systems all have their origins in the techniques used by the telegraph pioneers. In fact the two main phases of telegraph development - cable-based techniques that began in the early 19th Century and wireless transmission in the 20th Century - parallel the changes in voice and information communications seen recently.

History of Telegraphy relates many of the discoveries and the ingenuity of the experimenters and engineers involved in the development of telegraphy, the equipment they designed and built, and the organisation, applications and effects of this technology on society. Part One, Terrestrial Telegraphy, discusses the origins of telegraphy via landlines and submarine cables. Part Two, Aerial Telegraphy, focuses on the development of telegraphy through wireless transmission, using previously unpublished material from the Public Records Office and military sources to examine the role of telegraphy in war. The final chapter examines the successors to telegraphy, including its modern descendant, the global communication network.

The book will be of interest to anyone working in communications and of particular relevance to students, researchers and all those with an interest in the history of technology and communications.