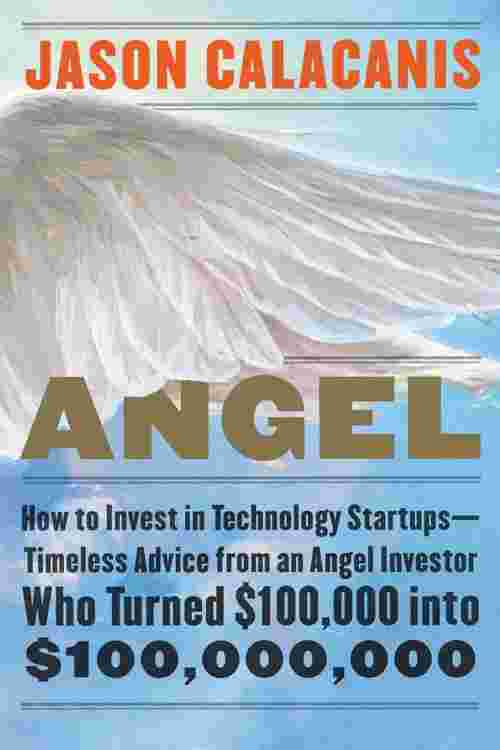 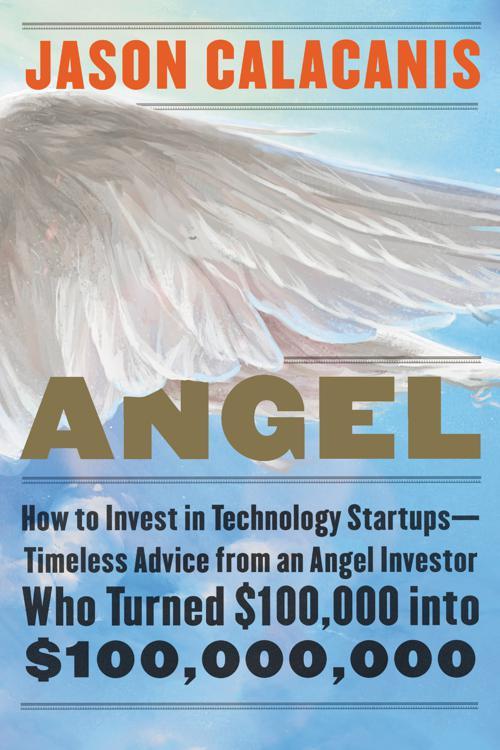 One of Silicon Valley's most successful angel investors shares his rules for investing in startups.

There are two ways to make money in startups: create something valuable—or invest in the people that are creating valuable things.

Over the past twenty-five years, Jason Calacanis has made a fortune investing in creators, spotting and helping build and fund a number of successful technology startups—investments that have earned him tens of millions of dollars. Now, in this enlightening guide that is sure to become the bible for twenty-first century investors, Calacanis takes potential angels step-by-step through his proven method of creating massive wealth: startups.

As Calacanis makes clear, you can get rich—even if you came from humble beginnings (his dad was a bartender, his mom a nurse), didn't go to the right schools, and weren't a top student. The trick is learning how angel investors think. Calacanis takes you inside the minds of these successful moneymen, helping you understand how they prioritize and make the decisions that have resulted in phenomenal profits. He guides you step by step through the process, revealing how leading investors evaluate new ventures, calculating the risks and rewards, and explains how the best startups leverage relationships with angel investors for the best results.

Whether you're an aspiring investor or a budding entrepreneur, Angel will inspire and educate you on all the ins of outs. Buckle up for a wild ride into the world of angel investing!

Publisher
Harper Business
Year
2017
ISBN
9780062560711
Topic
Business
Subtopic
Entrepreneurship
This book has a singular goal: to teach you how massive wealth is created in the twenty-first century.
It’s not a system or a secret, so I’m not going to build this up into something fancy like those bullshit self-help books you’ve already bought.
I’m just gonna tell you how a C-minus student from Brooklyn (before Brooklyn was cool) clawed his way into the tech industry, got lucky seven times (and counting), and made tens of millions of dollars.
Most folks think I’m lucky, some say I’m a complete fraud, and a handful think I’m a brilliant hype man, and I don’t agree with any of them—I agree with all of them.
That’s why this will be the greatest business book ever written. I shouldn’t be the one writing it, yet here we are. I’m the outsider who made it in, letting you know how he pulled it off.
I am as shocked as anyone I made it here, and it’s a hell of a story: the son of a nurse and bartender watches his family lose everything when the feds—wearing raid jackets just like in the movies—burst in with shotguns to take back his dad’s bar. He crosses the bridge to Manhattan with something to prove and, ultimately, he heads to the West Coast to make his fortune.

The American Dream still exists, it’s just not as widely distributed.
Our parents and grandparents took factory and white-collar jobs and rode them for all they were worth in the last century. Now the robots—who never sleep and self-improve on an exponential curve—are taking these jobs. Meanwhile, we humans, with our nagging physiological and emotional needs, struggle to keep up.
Most of you are screwed.
But you’re here, so you’re clearly willing to learn and I can radically improve your odds if you do the work.
The world is becoming controlled by the few, powerful, and clever people who know how to create those robots, or how to design the software and the tablet on which you’re reading this. But please don’t stop reading, because I’m going to show you how anyone can get a seat at the table with the digerati, illuminati, and moneyrati and, perhaps, tap into this hundred-year boom.
Yeah, I’ve got my own formula like those other business books you’ve bought, but there is a major difference between my formula and theirs—mine is forward-looking.
All of the other books out there, and some are great, try to explain to you how people made money in real estate, by mastering the art of the deal or by getting the right people on the bus (and the wrong ones off), but they are largely historical documents now.
The world has changed more in the last ten years than it did in the last ten decades.
That’s not just some clever one-liner to say in a conference keynote or at a dinner party. It’s an undebatable fact.
The changes we’ve seen with the internet, with mobile phones, with robotics, with sensors, and in biology are mind-blowing not just to civilians, but also to the people working in these fields—and the pace is increasing.
I could give you a list of mind-blowing breakthroughs to prove my point about how fast things are moving, but I’d like this book to stand the test of time, and the truth is that giving you examples like a computer beating a human at chess, or an encyclopedia made with no paid writers, or computers flying airplanes and cars without steering wheels, or wars being won with robots, are so commonplace that science fiction is having a hard time remaining, well, fiction.
I know because the top-tier investors who invested in the last fifty big things call me to find the next big thing. I live on the edge of the future of business and technology.
As an angel investor, it’s my job to write the check when no one else believes in you—and that’s the most thrilling bet in the world.
Every week I meet a dozen dreamers with insane ideas who want me to give them my money, advice, and access to my Rolodex—but mostly the money.
Oftentimes I’m the “first money” in, the first investor willing to take a chance with a company like Uber or Thumbtack when they are only worth four or five million bucks and almost everyone else has said no.
This year I invested $750,000 in a company that makes a robotic cafe called Cafe X. It eliminates the two most expensive aspects of Starbucks’s business: real estate and humans.
When the founders emailed me a video of the prototype in action at a college in Hong Kong, I wrote back to them, “Is this a joke?”
They said, “No, it is not a joke,” so I invited them to come to my incubator where we spent three months refining the product and helping them craft their pitch. Then I introduced them to my rich, powerful, and, in many cases, compulsive-gambling, narcissistic friends—who funded the company for millions of dollars.
If we succeed with Cafe X, we will reduce the price of a latte to $2 (again), make it perfectly every time (a computer never forgets how much foam you asked for), and reduce your wait from more than five minutes to under thirty seconds (the machines know where your smartphone is and they make your coffee when you’re ninety seconds away).
Instead of a Starbucks on every other corner in a city, there will be a Cafe X machine in the lobby of every building on the block.
Instead of being open fourteen hours a day, these robots will serve us twenty-four hours a day.
Cafe X and other startups will also eliminate millions of jobs in which humans get paid to stand behind a counter and repeat back your seven precious little instructions on how to prepare your morning libation, before pressing one button and masturbating a milk-frothing pitcher for two minutes.

The Future of Jobs—and Making Money

If right now you think I’m a horrible, marauding, free-market monster, you’re only half-right—I’m also a humanist who thinks there are better things for our children to do with their time.
The quicker we eliminate the low-paying, repetitive, and menial jobs, the quicker our species can get to work on bigger issues like sustainability, being multiplanetary, and perhaps retiring the last couple dozen dictators and despots who are murdering, raping, and otherwise oppressing the weakest among us.
Of course, I could be wrong.
When we eliminate all these jobs, the world might spin into a global version of the long-forgotten dry run Occupy Wall Street where a group of savvy but poorly organized hippies and millennials slammed their feet down and said, “No more! We’re not leaving until things change!”
Until, of course, the economy rebounded and they got cool jobs with free food and their own private drivers from uberPOOL, then realized that, net-net, things are actually pretty fucking awesome and they don’t need to storm Michael Bloomberg’s town house or stink up the Goldman Sachs lobby anymore.
In my mind, candidly, we’ve got a 70 percent chance of figuring out this massive sea change without starting a full-on revolution in the streets, like we saw in Greece or Egypt, or any other place where unemployment among young adults breaks 20 percent.
But I don’t invest in this future because I want to sit in an ivory tower laughing at people whose jobs are replaced. I invest in this future because it’s inevitable and I think I can help accelerate the efforts of the founders and innovators who are missionaries, not mercenaries. Of course, I plan to make a great deal of money in these revolutions, but I also plan to look back proudly and know that I helped propel changes that made our planet better.

If you’re reading this, congratulations! You chose the red pill and you’ve taken your first step to understanding the bitter truth: the world is going to get flipped on its head two or three more times in your lifetime.
The jobpocalypse is coming, which is not just based on my coffee-making robots. It also includes the elimination of most white-collar jobs we were told were careers, like being a lawyer, doctor, teacher, accountant, pilot, journalist, or—wait for it—a software engineer.
Yes, while the greatest opportunity on the planet today is probably being a software engineer, I just invested in a company that hopes to eliminate software engineers by letting you type into a box “make me an app that does X, Y, and Z,” before spitting out your own version of “Uber for . . . [insert service that sucks right now].”
If you haven’t had a panic attack reading this introduction yet, let me tell you the next product I’m looking to back: an artificially intelligent robot that studies humans and builds other robots.
I haven’t found it yet, but I probably will by the time you reach the end of this book. The snake is going to eat its tail.
When that happens, there is a good chance that it will be every human for themselves.
By the way, a lot of rich folks have already planned for this outcome by buying islands or huge ranches in remote places like Wyoming or New Zealand (I’m not kidding) that are fully off the grid—complete with solar, water desalination, fortifications, and weapons.
Yeah, there are billionaire preppers, not just hillbilly ones.
A perfect storm of black swans is coming and this book is going to prepare you not only to survive it—but to ride it out on top.