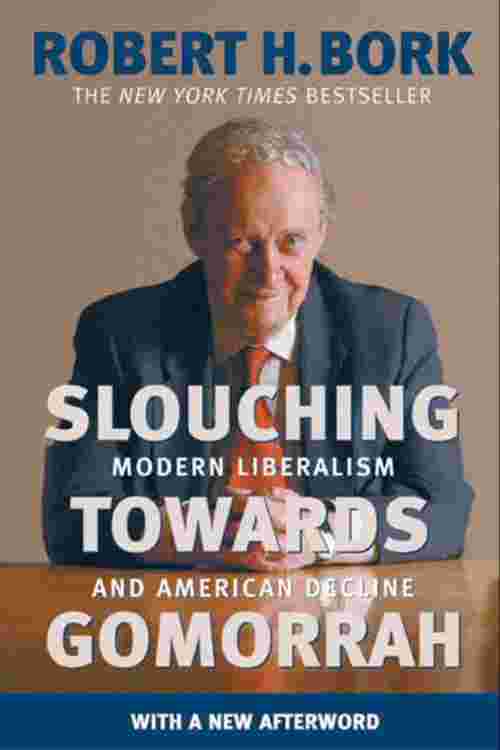 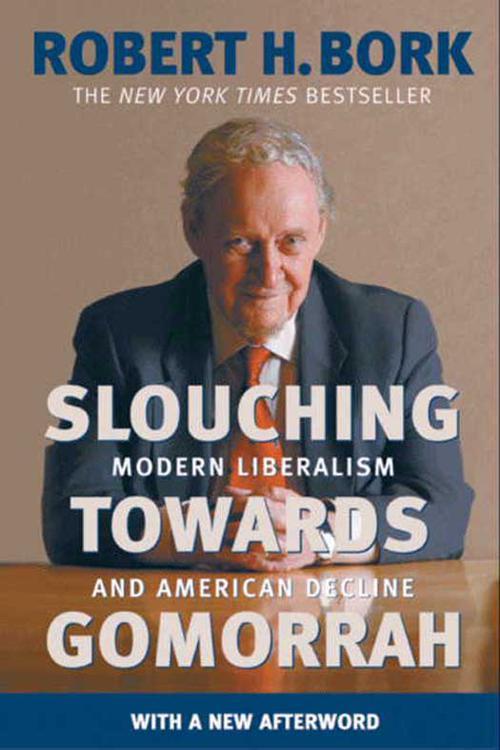 In this New York Times bestselling book, Robert H. Bork, our country's most distinguished conservative scholar, offers a prophetic and unprecedented view of a culture in decline, a nation in such serious moral trouble that its very foundation is crumbling: a nation that slouches not towards the Bethlehem envisioned by the poet Yeats in 1919, but towards Gomorrah. Slouching Towards Gomorrah is a penetrating, devastatingly insightful exposé of a country in crisis at the end of the millennium, where the rise of modern liberalism, which stresses the dual forces of radical egalitarianism (the equality of outcomes rather than opportunities) and radical individualism (the drastic reduction of limits to personal gratification), has undermined our culture, our intellect, and our morality. In a new Afterword, the author highlights recent disturbing trends in our laws and society, with special attention to matters of sex and censorship, race relations, and the relentless erosion of American moral values. The alarm he sounds is more sobering than ever: we can accept our fate and try to insulate ourselves from the effects of a degenerating culture, or we can choose to halt the beast, to oppose modern liberalism in every arena. The will to resist, he warns, remains our only hope.