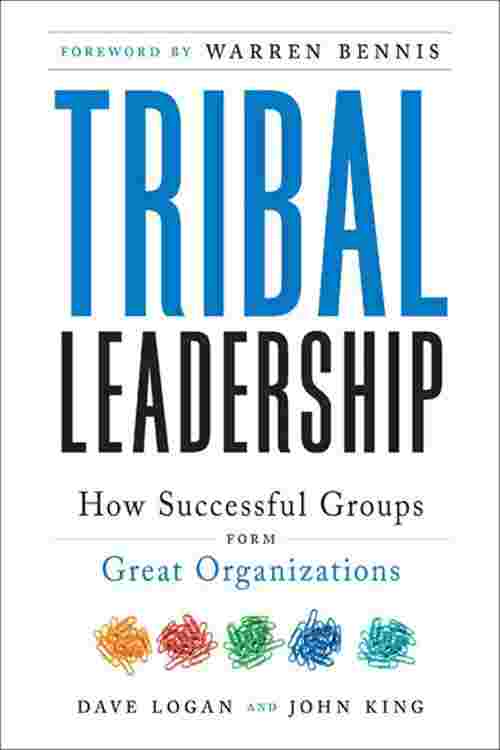 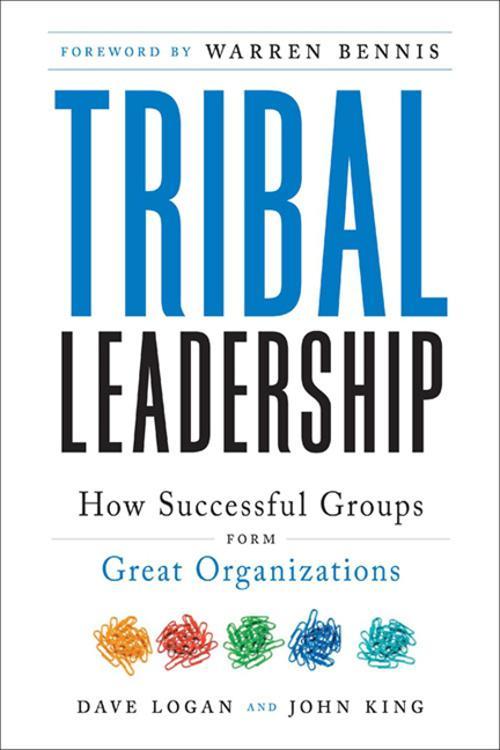 " Tribal Leadership gives amazingly insightful perspective on how people interact and succeed. I learned about myself and learned lessons I will carry with me and reflect on for the rest of my life."
—John W. Fanning, Founding Chairman and CEO napster Inc.

Within each corporation are anywhere from a few to hundreds of separate tribes. In Tribal Leadership, Dave Logan, John King, and Halee Fischer-Wright demonstrate how these tribes develop—and show you how to assess them and lead them to maximize productivity and growth. A business management book like no other, Tribal Leadership is an essential tool to help managers and business leaders take better control of their organizations by utilizing the unique characteristics of the tribes that exist within.

Entering Griffin Hospital in Derby, Connecticut, is like going to Nordstrom’s for healthcare. The first clue that this isn’t a normal healthcare company is the valet who squeegees car windows and knows many patients by name. Walk through the front entrance, and the first thing you notice is piano music, soft and elegant, coming from the baby grand in a niche just beside the front door. The second thing you notice is the smell: fresh flowers and wood. In recent years, Griffin has drawn international attention as not only a great hospital but a great employer—ranking fourth on the Fortune list of best places to work in its seventh year on that list.
There are many heroes in the Griffin Hospital story, but two stand out as Tribal Leaders because their efforts have gone a long way to upgrade the tribal culture. The first is President and CEO Patrick Charmel. Tall, lean, midforties, dark hair, soft-spoken, self-effacing, a caring tone in his voice, he seems a cross between a high-tech entrepreneur and a priest. Charmel started with Griffin as an intern while attending a local university, then went to Yale for his master of public health degree and returned as a full-time employee. “Some people still remember me as someone who is nineteen years old,” he says. “No matter what their position, they don’t mind telling me when I mess up.”
The second hero is Vice President Bill Powanda, midsixties, gray, fast-talking, and charming. He is easily moved by the human side of the story. Although Griffin has many lines of communication with the community, Powanda is the perfect person to carry the flame to the outside world. He was born at Griffin and is a former state senator and former board chair of the local Chamber of Commerce. Charmel started as Powanda’s intern, and they have worked together for twenty-eight years.
Today’s success is far different from what long-time Griffin employees call the “perfect storm” of the mid-1980s, when the hospital had the oldest physical plant in the state, falling patient satisfaction and market share, and difficulty recruiting staff and physicians. The community was transforming from a manufacturing town in decline to a bedroom community with an influx of young, educated, mobile residents with higher expectations for their healthcare. Griffin’s board authorized a community perception survey and asked local residents this question: “If there is a hospital you’d avoid, please name it.” Of those who responded, 32 percent handwrote “Griffin.” The hospital, it seemed, was doomed, and without any resources to stop the death spiral.
As we see again and again with Tribal Leaders, Charmel and Powanda didn’t save the hospital Superman-style, swooping in to save the day. Rather, they galvanized the tribe of employees, volunteers, board members, and community leaders whose opinions mattered, and the turnaround was a tribal effort. In a sense, Charmel didn’t lead it; he nudged it and then was led by it, and he humbly credits the entire Griffin team for its success. “Our success really is a testament to our culture,” he said. “Looking back, it’s clear that we never could have accomplished this without engaging our employees and getting them involved in the process. I think that’s what distinguishes the approach.”
It started with the question whether Griffin should remain independent or join another healthcare system. Powanda, glancing out the window of his office, says, “We are a fiercely independent and competitive community, and people are used to getting everything they need here, from shopping to church.”
As Griffin administrators went through their options, several executives had their own personal “perfect storms.” Charmel’s father had open-heart surgery at a New Jersey hospital. Another vice president was hospitalized after a car accident. Powanda’s father-in-law was admitted to Griffin with inoperable stomach cancer. Although the cancer was stable, he was bleeding from what the physicians said were inoperable ulcers located behind the tumors. For over thirty days he sat in the critical care unit. “He lost blood and they’d put it back in,” Powanda told us, and after thirty-seven days, his surgeon said, “...