📖[PDF] All Out War by Tim Shipman | Perlego 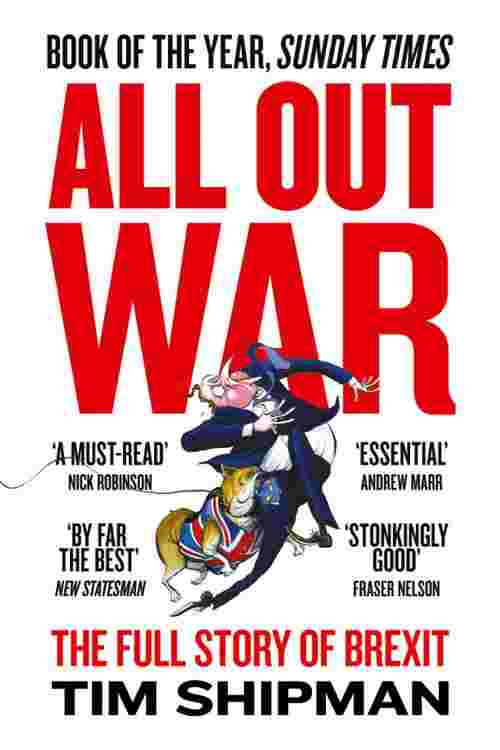 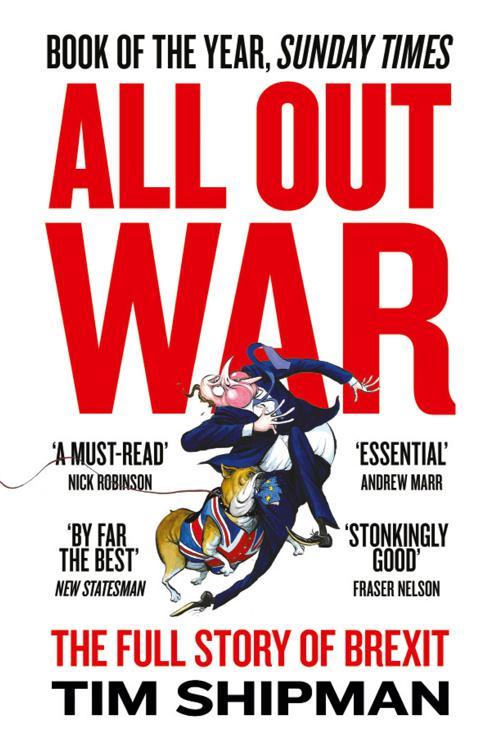 SHORTLISTED FOR THE ORWELL PRIZE 2017

‘The best political book of the year’ Andrew Marr

‘A superb work of storytelling and reporting. Sets new benchmark for the writing of contemporary political history’ Guardian

The only book to tell the full story of how and why Britain voted to leave the EU.

Based on unrivalled access to all the key politicians and their advisors – including Boris Johnson, Michael Gove, George Osborne, Nigel Farage and Dominic Cummings, the mastermind of Vote Leave – Shipman has written a political history that reads like a thriller, and offers a gripping, day-by-day account of what really happened behind-the-scenes in Downing Street, both Leave campaigns, the Labour Party, Ukip and Britain Stronger in Europe.

Shipman gives his readers a ringside seat on how decisions were made, mistakes justified and betrayals perpetrated. Filled with stories, anecdotes and juicy leaks the book does not seek to address the rights and wrongs of Brexit but to explore how and why David Cameron chose to take the biggest political gamble of his life and explain why he lost.

This is a story of calculation, attempted coups, individuals torn between principles and loyalty. All the events are here – from David Cameron’s pledge to hold a referendum, through to the campaign itself, his resignation as prime minister, the betrayals and rivalries that occurred during the race to find his successor to the arrival of Theresa May in Downing Street as Britain’s second female prime minister.

All Out War is a book about leaders and their closest aides, the decisions they make and how and why they make them, as well as how they feel when they turn out to be wrong. It is about men who make decisions that are intellectually consistent and – by their own measure – morally sound that are simultaneously disastrous for themselves and those closest to them. It is about how doing what you know has worked before doesn’t always work again. Most of all it is about asking the question: how far are you prepared to go to win?