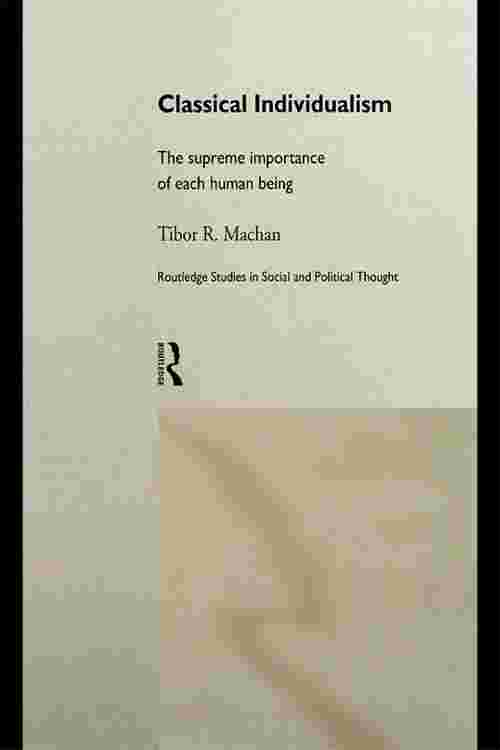 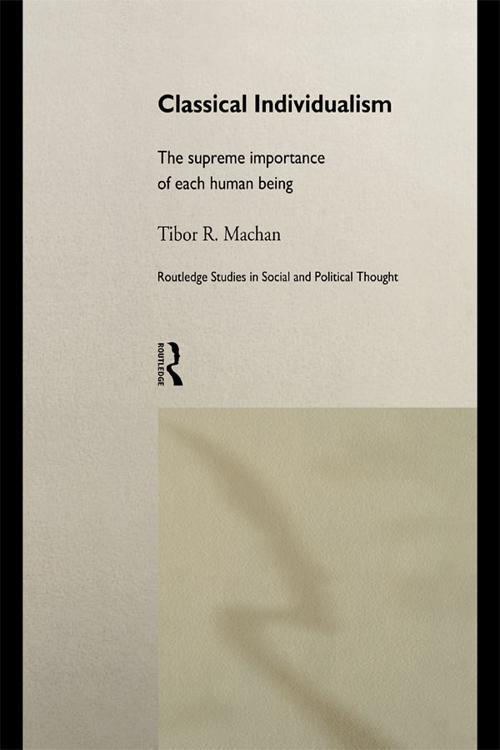 In Classical Individualism, Tibor R. Machan argues that individualism is far from being dead. Machan identifies, develops and defends what he calls classical individualism - an individualism humanised by classical philosophy, rooted in Aristotle rather than Hobbes.
This book does not reject the social nature of human beings, but finds that every one has a self-directed agent who is responsible for what he or she does. Machan rejects all types of collectivism, including communitarianism, ethnic solidarity, racial unity, and gender identity. The ideas expressed here have important social and political implications, and will be of interest to anyone concerned with the notion of individuality and individual responsibility.