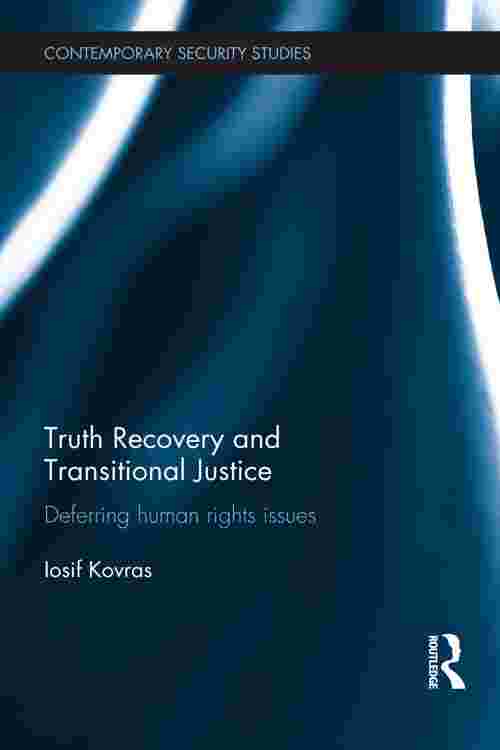 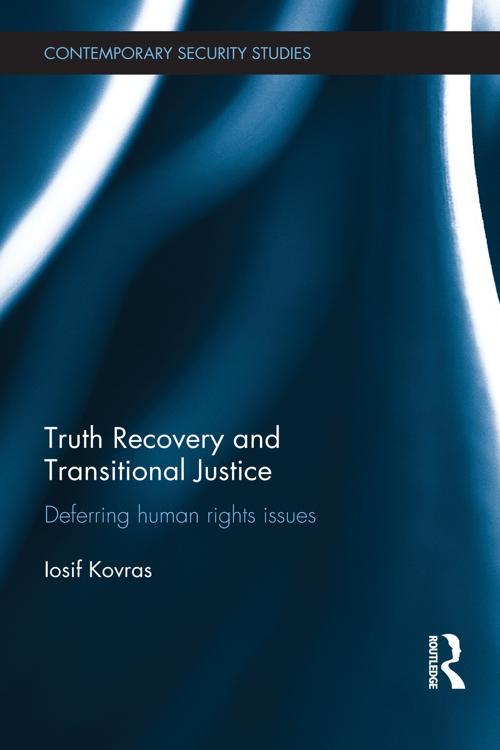 Despite democratisation, the exhumation of mass graves containing the victims from the violence in Cyprus (1963-1974) and the Spanish civil war (1936-1939) was delayed until the early 2000s, when both countries suddenly decided to revisit the past. Although this contradicts the actions of other countries such as South Africa, Bosnia, and Guatemala where truth recovery for disappeared/missing persons was a central element of the transition to peace and democracy, Cyprus and Spain are not alone: this is an increasing trend among countries trying to come to terms with past violence.

Truth Recovery and Transitional Justice considers the case studies of Spain and Cyprus and explores three interrelated issues. First, the book examines which factors can explain prolonged silence on the issue of missing persons in transitional settings. It then goes on to explore the transformation of victims' groups from opponents of truth recovery to vocal pro-reconciliation pressure groups, and examines the circumstances in which it is better to tie victims' rights to an overall political settlement. Finally, the author goes on to compare Spain and Cyprus with Greece- a country that remains resistant to post-transitional justice norms.

This book will be of interest to students of transitional justice, human rights, peace and conflict studies and security studies in general.