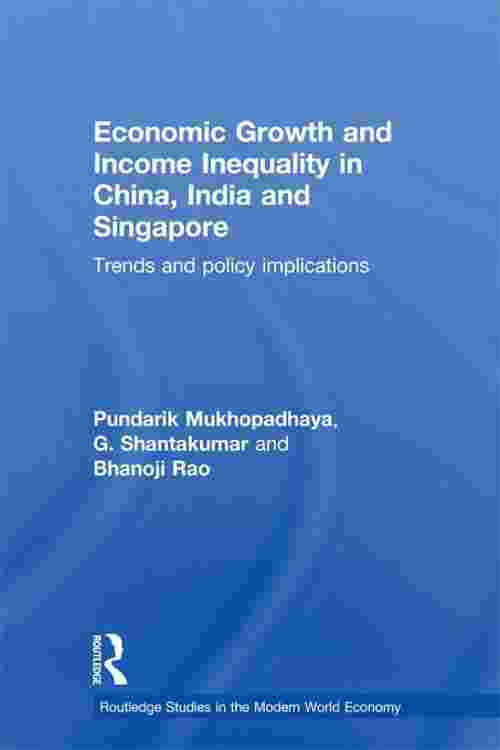 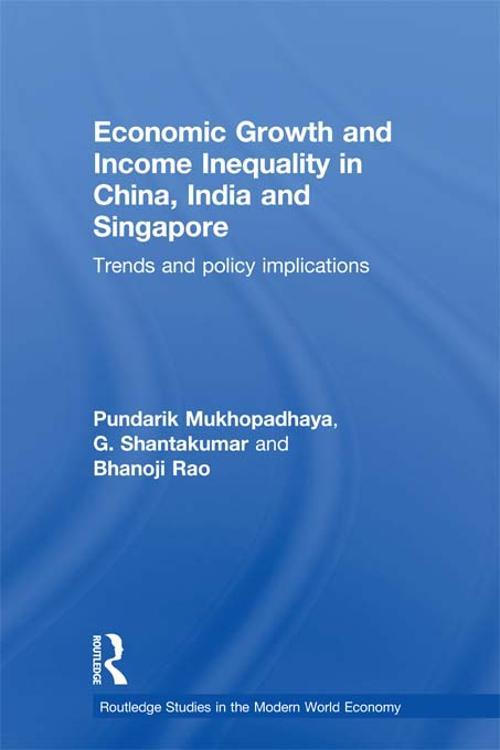 Economic Growth and Income Inequality in China, India and Singapore

Economic Growth and Income Inequality in China, India and Singapore

The world at large is watching both China and India as powerhouses of economic growth. The two nations have achieved significantly high rates of economic growth ever since their respective economies liberalized in 1978 and 1991. Singapore, despite its limited land size and almost total dependence on external trade, has performed remarkably well and has moved 'from the third world to the first'. This book documents and explains the rapid economic growth of the three key Asian economies.

The book also looks at what has happened to income inequality in the context of superior growth performance.It makes comparative assessments and examines the implications for the three nations. Since free markets have nothing in them to produce a reduction in income inequality among persons/households, one must at best hope for equality of opportunity – notably reflected in identical schooling for all; identical health care for all; and minimal rather than vulgar inequality in housing. This book is particularly useful for both China and India which may wish to study and learn from Singapore in regard to the policies, programmes and projects aimed at ensuring equality of opportunity.

The book is backed by considerable expertise on the part of the researchers, with demonstrated expertise through their publications spawning a few decades. It is invaluable to those who are concerned with designing policies for developing countries aimed at rapid and inclusive economic growth.

This book has been made possible by the intellectual and financial support extended by the Global Asia Institute, National University of Singapore.