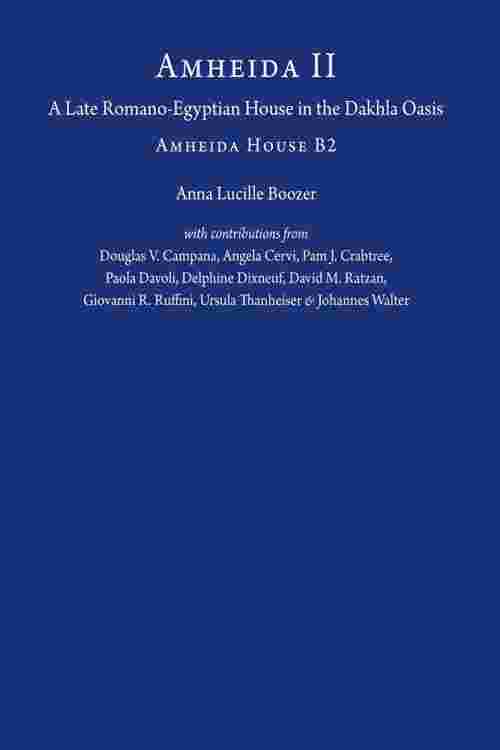 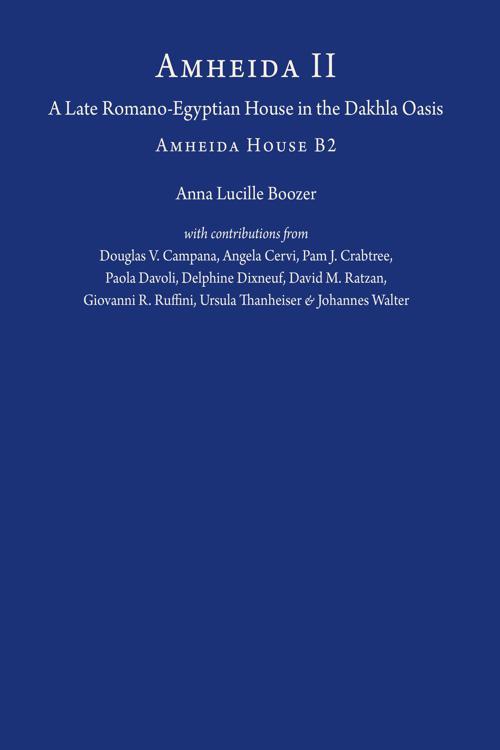 This archaeological report provides a comprehensive study of the excavations carried out at Amheida House B2 in Egypt's Dakhleh Oasis between 2005 and 2007, followed by three study seasons between 2008 and 2010. The excavations at Amheida in Egypt's western desert, begun in 2001 under the aegis of Columbia University and sponsored by NYU since 2008, are investigating all aspects of social life and material culture at the administrative center of ancient Trimithis. The excavations so far have focused on three areas of this very large site: a centrally located upper-class fourth-century AD house with wall paintings, an adjoining school, and underlying remains of a Roman bath complex; a more modest house of the third century; and the temple hill, with remains of the Temple of Thoth built in the first century AD and of earlier structures. Architectural conservation has protected and partly restored two standing funerary monuments, a mud-brick pyramid and a tower tomb, both of the Roman period. This volume presents and discusses the architecture, artifacts and ecofacts recovered from B2 in a holistic manner, which has rarely before been attempted in a full report on the excavation of a Romano-Egyptian house. The primary aim of this volume is to combine an architectural and material-based study with an explicitly contextual and theoretical analysis. In so doing, it develops a methodology and presents a case study of how the rich material remains of Romano-Egyptian houses may be used to investigate the relationship between domestic remains and social identity.